The Dark Spot on Mars

On 13 October 1659, Dutch astronomer Christiaan Huygens turned one of his telescopes towards a bright orange spot in the sky and produced what Percival Lowell would later call the first drawing of Mars worthy of the name ever made by man. Huygens included a dark spot in his drawing that is thought to represent Syrtis Major, a small sliver of which is visible in this HiRISE image.

Syrtis Major is a shield volcano. Its dark color comes from the dark basaltic rock in the area, visible because it lacks the dust that paints the rest of the planet its distinct, rusty red color. Tracking this dark spot in repeated observations, Huygens concluded that Mars rotated every twenty-four hours: a time not too far off from its true rotation period of approximately 24 hours and 39.58 minutes.

In this image of Syrtis Major, ancient Noachian bedrock is exposed. This is rock made in the early days of Martian history. An impact crater (about 50 kilometers in diameter, or 30 miles) into this rock exposes layers along its wall. These layers may be made from several different geologic materials, such as lava flows, debris from nearby impact craters, or deposits of dust or sand. They may represent different periods of deposition and erosion. The layers are of varying thickness: some of the lighter, resistant units are less than 10 meters thick, while some of the darker layers are over 100 meters thick. 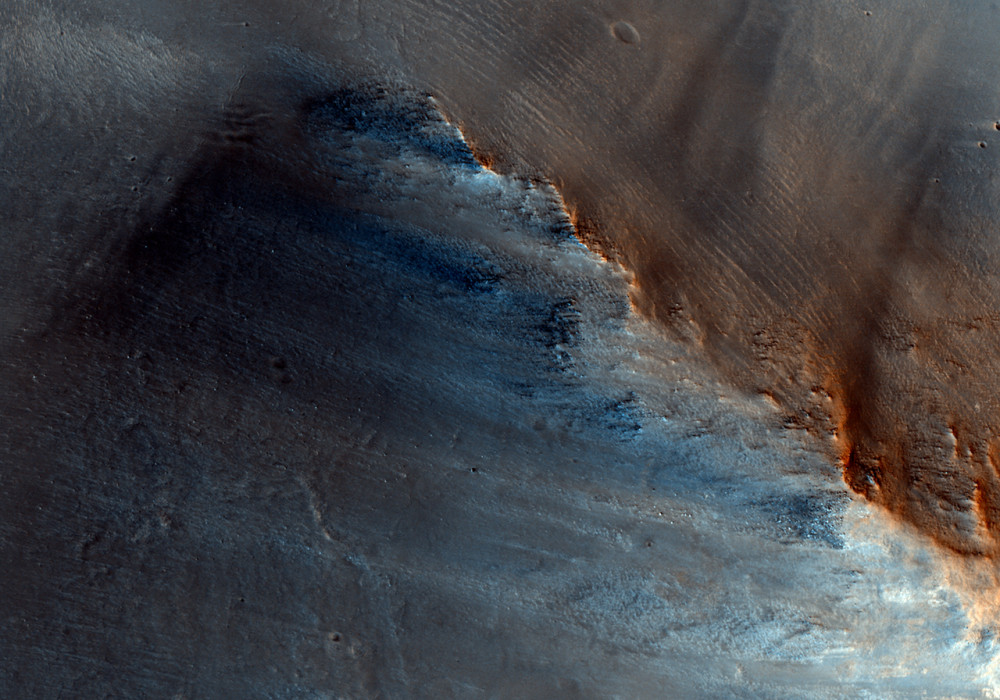