The Edge of Olympus Mons

The bottom of Olympus Mons, the largest volcano in the solar system, is marked by a steep scarp. It is likely that this scarp is the result of the deformation and collapse of the volcano under its own weight.

The scarp exposes the internal structure of the volcano, revealing a stack of once deeply buried lava layers. Atop the lava flows is a thick layer of relatively weak and homogeneous material, that might be volcanic ash or dust carried by dust storms. The pit near the center of the image shows that the same basic layering extends for some distance up the flank of the volcano.

The pit must be more recent than the dust/ash layer since the pit cuts through that layer. While it is possible that the pit is very recent, this suggests that the mantling layer is quite old. Written by: Laszlo P. Keszthelyi   (16 September 2007) 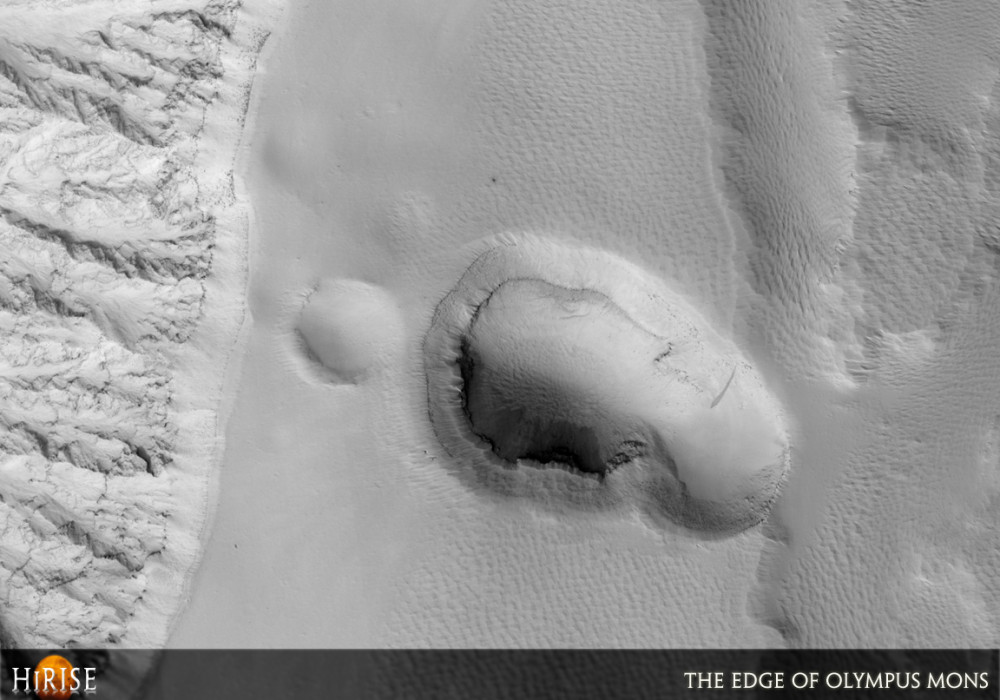