The Evolution of Gully Features in Acidalia Planitia

This observation captures details regarding the evolution of gully features observed in a crater in Acidalia Planitia.

A Context Camera image provides context for these gullies showing an approximately 7-kilometer diameter crater in which we see that the gullies occur exclusively on the northern wall. This is unlike most of the observed gully sites in the northern Martian hemisphere, which typically have gullies on their pole-facing slopes. Another unique observation of this set of gullies is that they start mid-way down the crater’s wall rather than cutting directly into the upper crater wall or rim.

The younger, more recently active fans are generally rougher than the older, smoother fans that are located near the base of the slope . Consistent with this interpretation, are a number of observed superposition and cross-cutting relationships. The rougher fans are always superimposed over the older, smoother ones.

Discontinuous fractures are observed to cross-cut only older features, while the most recently active portions of the gullies, in this case the channels or fans, are not cut by the fractures, but in some cases even superimpose them. This suggests that the fractures formed prior to the last phase of gully activity. 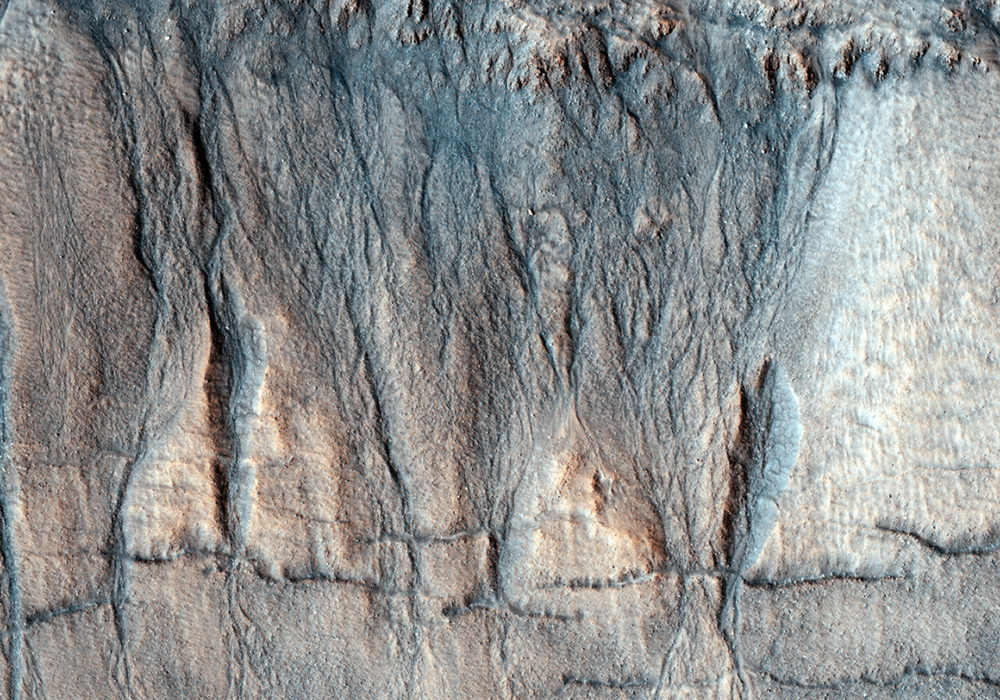