The Fun of Change Detection

This particular image shows dunes in the Southern hemisphere of Mars, and when I saw that it was part of a series of monitoring images, I had to take a closer look. It turns out that HiRISE has now snapped pictures of these dunes for three Mars years in a row, to check for changes that have occurred over that time.

I compared the image from the second Mars year to the most recent one. The observations were taken with different lighting conditions, so it can be tricky to compare the images and say with certainty whether there have been measurable changes. However, this subimage shows unmistakable differences. The new image shows gullies on the dune that were clearly not present in the earlier image, which means that there was activity in this location sometime between when the two images were taken! 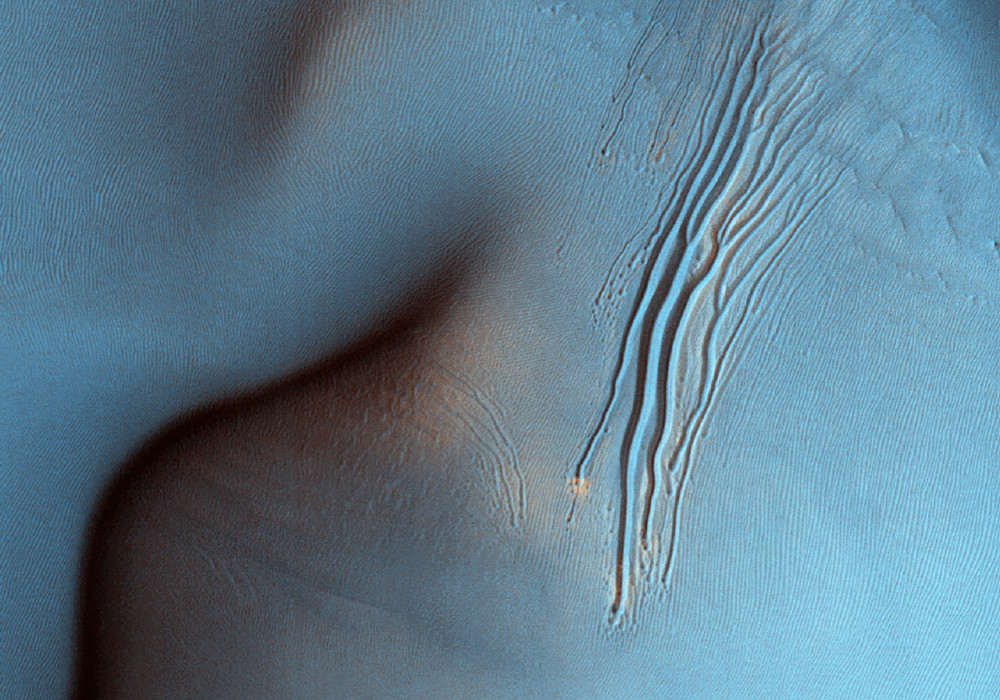