The Hoodoos of Mars

There’s another example of high-standing columns protected by a strong cap rock, called “hoodoos.” Looking closer at our image , we see what looks like a crater and its rays of ejecta, preserved and slightly higher than the surrounding terrain, possibly due to a similar process. 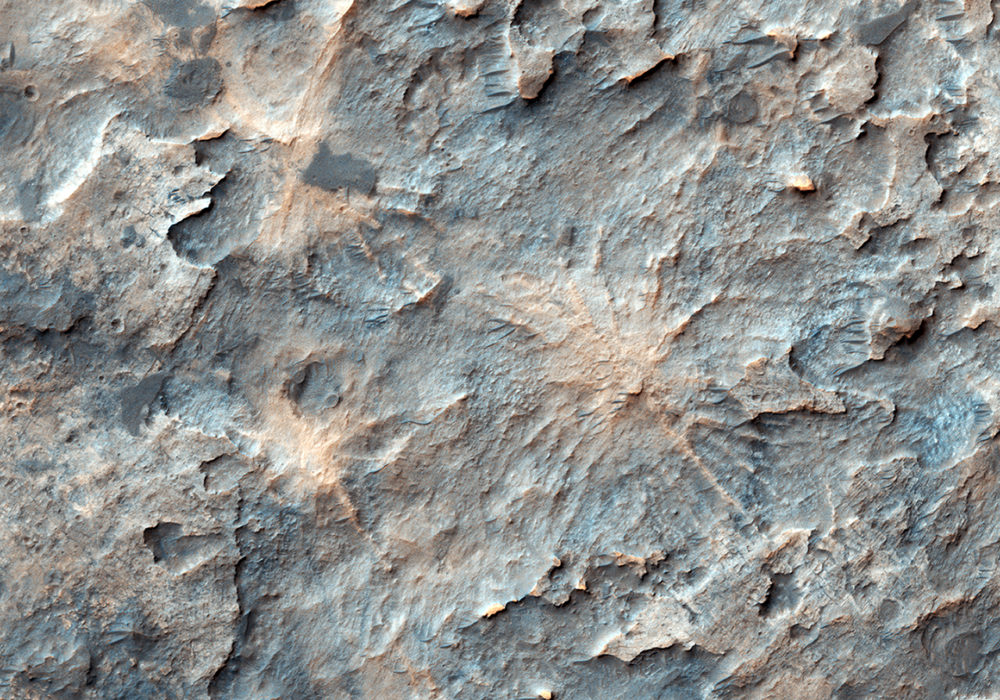