The Icy Surface of the North Polar Cap

At Mars’ North Pole is a dome of icy layers ranging up to 2 kilometers thick, roughly analogous to the Earth’s ice caps in Greenland or Antarctica.

Although not visible here, the dome is characterized by incised spiraling troughs that reveal sequences of layers thought to reflect varying climate conditions over the time they were originally deposited. This image is of an area on the top surface of the polar dome between the troughs — vast, generally smooth, flat plains composed of a thin layer of very pure water ice. This image also shows that this thin ice layer has a rough texture, composed of knobs, ridges, and depressions on the scale of 1 – 10 meters.

This texture is only beginning to be studied with the high-resolution capabilities of HiRISE — the details of the texture varies around the polar cap, but the causes of the variation are not yet clear. This image has two particularly interesting features. One is that the surface dips into a depression towards the southwest, where the texture of the ice surface appears to change. The other is that there is a fracture or chain of pits in the southeast, which is a rare feature.

The brightness, composition, texture, and small-scale features of this ice layer that covers most of the polar dome are important as they influence the local energy balance (such the amount of sunlight reflected and absorbed), which in turn influences polar-wide climate and the stability of ice. 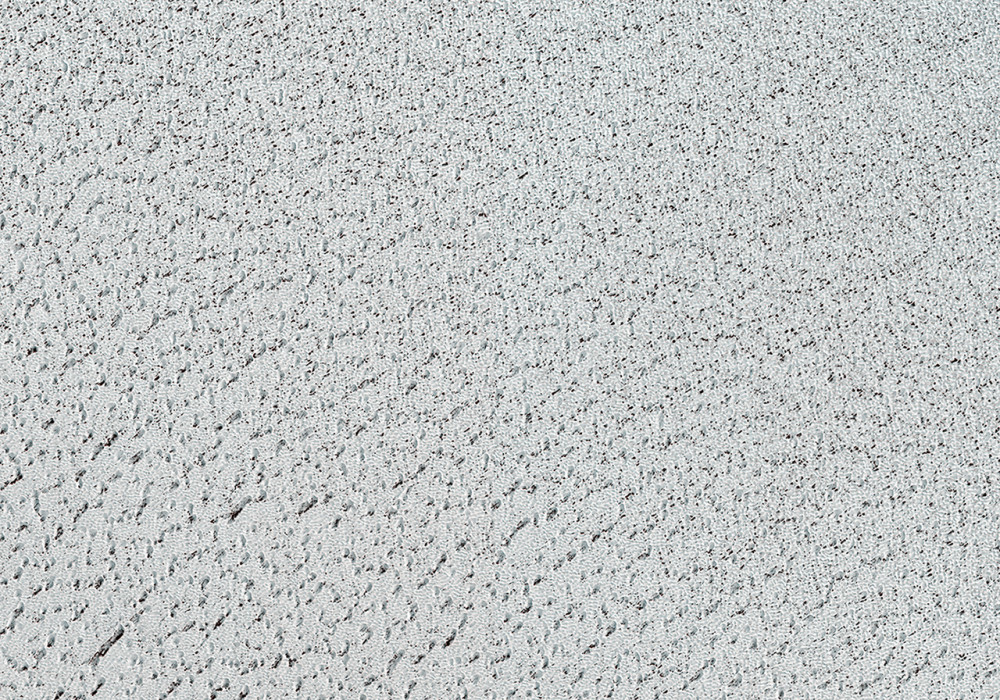