The Niagara Falls of Mars

Various researchers are often pre-occupied with the quest for flowing water on Mars. However, in this image, we see one of many examples from Mars where lava (when it was molten) behaved in a similar fashion to liquid water.

In a 3D image from the Context Camera , we can see the northern rim of a 30-kilometer diameter crater situated in the western part of the Tharsis volcanic province. The image shows that a lava flow coming from the north-northeast surrounded the crater rim, and rose to such levels that it breached the crater rim at four locations to produce spectacular multi-level lava falls (one in the northwest and three in the north). These lava “falls” cascaded down the wall and terraces of the crater to produce a quasi-circular flow deposit. It seems that the flows were insufficient to fill or even cover the pre-existing deposits of the crater floor. This is evidenced by the darker-toned lavas that overlie the older, and possibly dustier, lighter-toned deposits on the crater floor.

Our image covers the three falls in the north-central region of the crater wall . The lava flows and falls are distinct as they are rougher than the original features that are smooth and knobby. In a close-up image the rough-textured lava flow to the north has breached the crater wall at a narrow point, where it then cascades downwards, fanning out and draping the steeper slopes of the wall in the process.

Now, if you’re thinking such as scene can only be observed on another planet, here’s a beautiful snapshot of lava falls from the 1969 Mauna Ulu eruption in Hawaii . 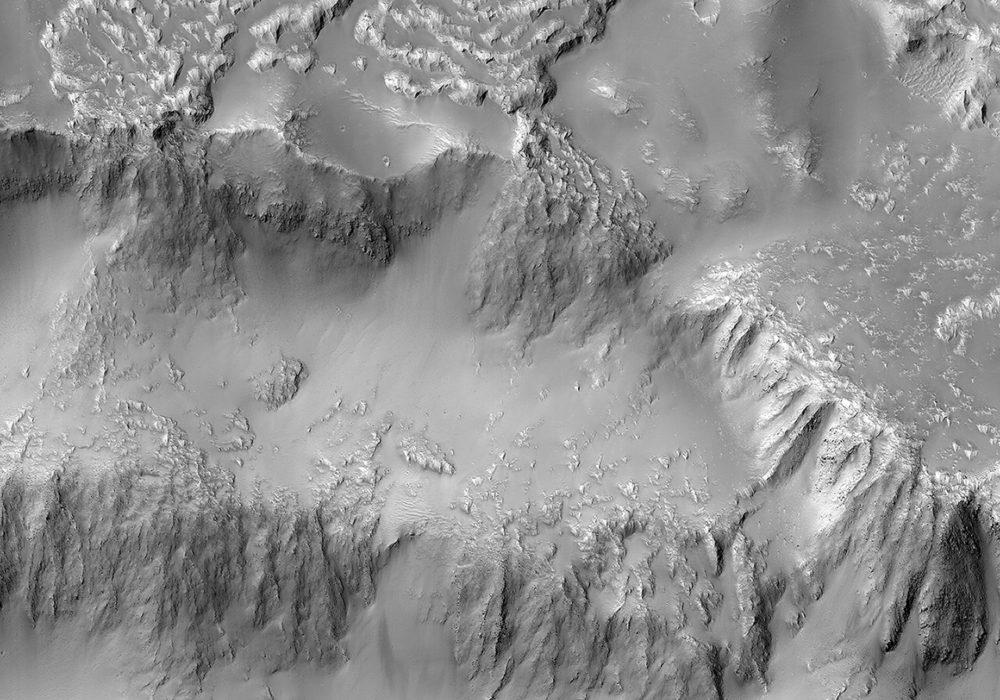