The Side of Chasma Boreale

Chasma Boreale is the 560-kilometer long valley that cuts through the Northern Polar layered deposits of Mars.

The section that it exposes show fine scaled layering and a major unconformity, where the azimuth of the beds changes markedly. This is is characteristic of the polar layered deposits. The formation of the unconformity suggests a time when the lower sediments were being eroded rather than deposited. The extracted image shows a roughly 4 x 4 kilometer area across the unconformity .

The polar layered deposits are weakly cemented rocks, and so lying over the scarps you can see lines of mass wasting where dust and sand size particles have slumped downhill. This image is part of a planned stereo pair, and was in the late summer in the Northern Hemisphere of Mars.

Comparing images like this to those taken in previous years and in different seasons allows a more accurate understanding of current surface processes on the Red Planet. 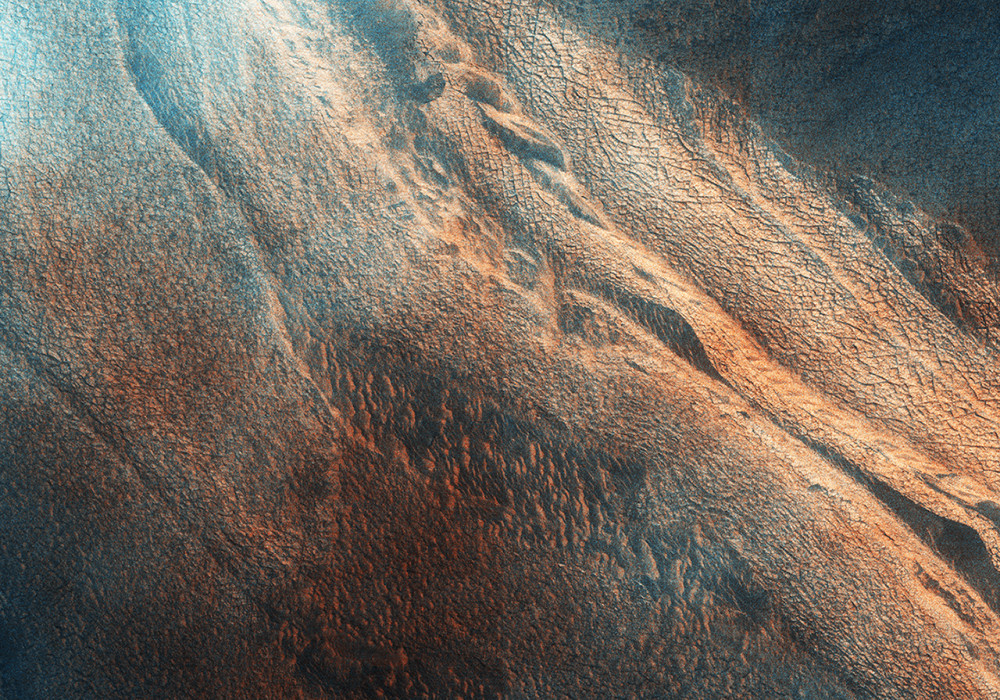