The Splitting of the Dunes

The mound in the center of this image appears to have blocked the path of the dunes as they marched south (north is to the left in this image) across the scene. Many of these transverse dunes have slipfaces that face south, although in some cases, it’s hard to tell for certain. Smaller dunes run perpendicular to some of the larger-scale dunes, probably indicating a shift in wind directions in this area.

Although it might be hard to tell, this group of dunes is very near the central pit of a 35-kilometer-wide impact crater. Data from other instruments indicate the presence of clay-like materials in the rock exposed in the central pit. 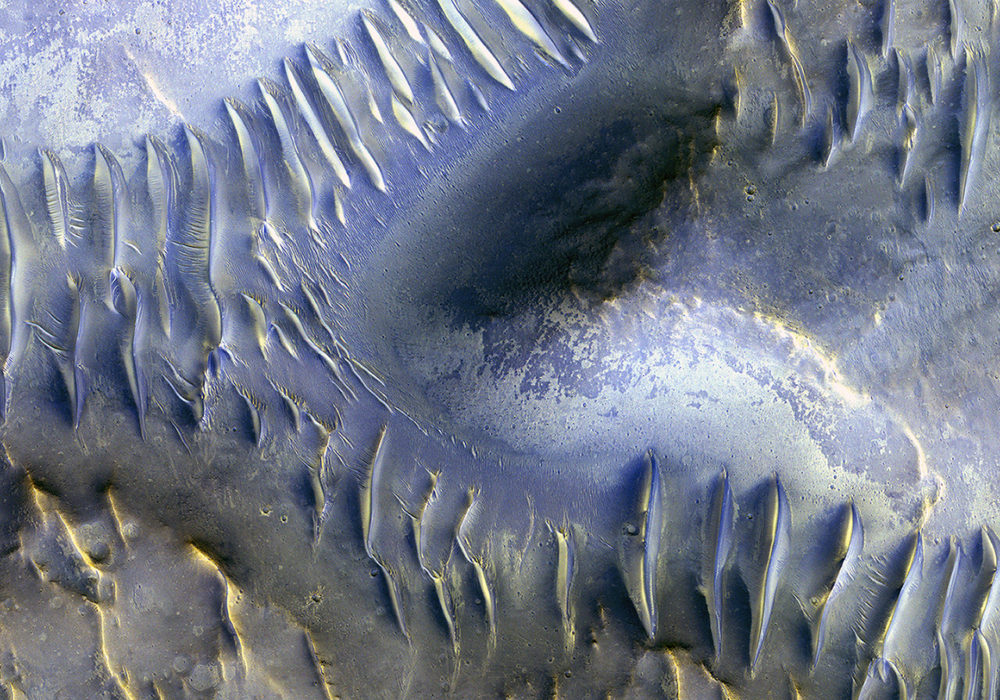