The Tracks of Curiosity

This image shows the entire distance traveled from the landing site (dark smudge at left) to its location as of 2 January 2013 (the rover is bright feature at right). The tracks are not seen where the rover has recently driven over the lighter-toned surface, which may be more indurated than the darker soil. 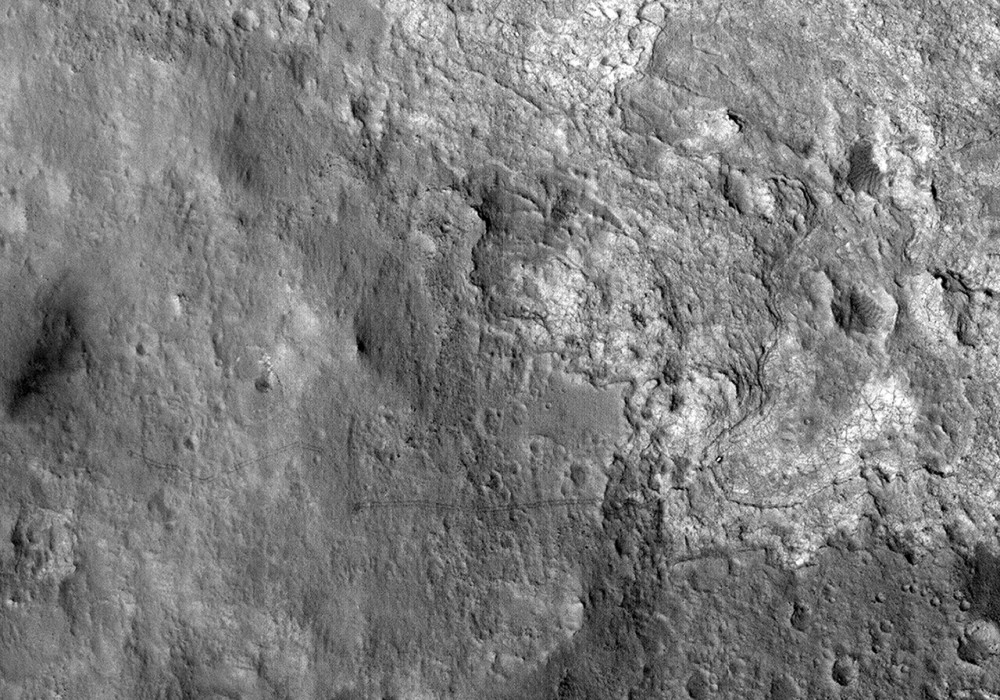