The Western Wall of Holden Crater

Holden Crater is a 140-kilometer crater located in the Southern highlands of Mars.

This observation of the wall of Holden Crater falls with other areas closest to the Mars Science Laboratory (MSL) landing site ellipse and contiguous with existing imagery. There is a potential for the formation of hydrothermal deposits and impactites in the area that represent a possible target for direct investigation by MSL. (“Impactites” is an informal term describing a rock created or modified by the impact of a meteorite.)

This material could also be transported into the fan making up the surface of the landing site ellipse by fluvial processes or as ejecta from small impacts on the crater rim. Hydrothermal deposits may represent evidence for a habitable environment on Mars. 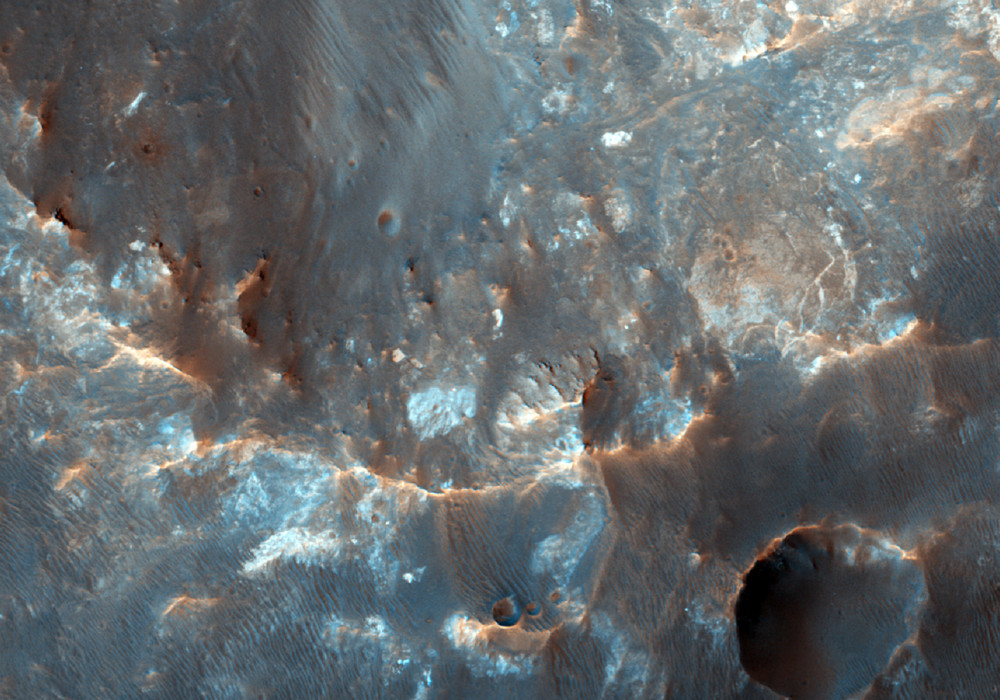