This image shows a circular impact crater and an oval volcanic caldera on the southern flank of a large volcano on Mars called Pavonis Mons.

The caldera is also the source of numerous finger-like lava flows and at least one sinuous lava channel. Both the caldera and the crater are degraded by aeolian (wind) erosion. The strong prevailing winds have apparently carved deep grooves into the terrain.

When looking at the scene for the first time, the image seems motion blurred. However, upon a closer look , the smaller, young craters are pristine, so the image must be sharp and the “blurriness” is due to the processes acting on the terrain. This suggests that the deflation-produced grooves, along with the crater and the caldera, are old features and deflation is not very active today. Alternatively, perhaps these craters are simply too young to show signs of degradation.

This deeply wind-scoured terrain type is unique to Mars. Wind-carved stream-lined landforms on Earth are called “yardangs,” but they donât form extensive terrains like this one. The basaltic lavas on the flanks of this volcano has been exposed to wind for such a long time that there are no parallels on Earth. Terrestrial landscapes and terrestrial wind patterns change much more rapidly than on Mars. 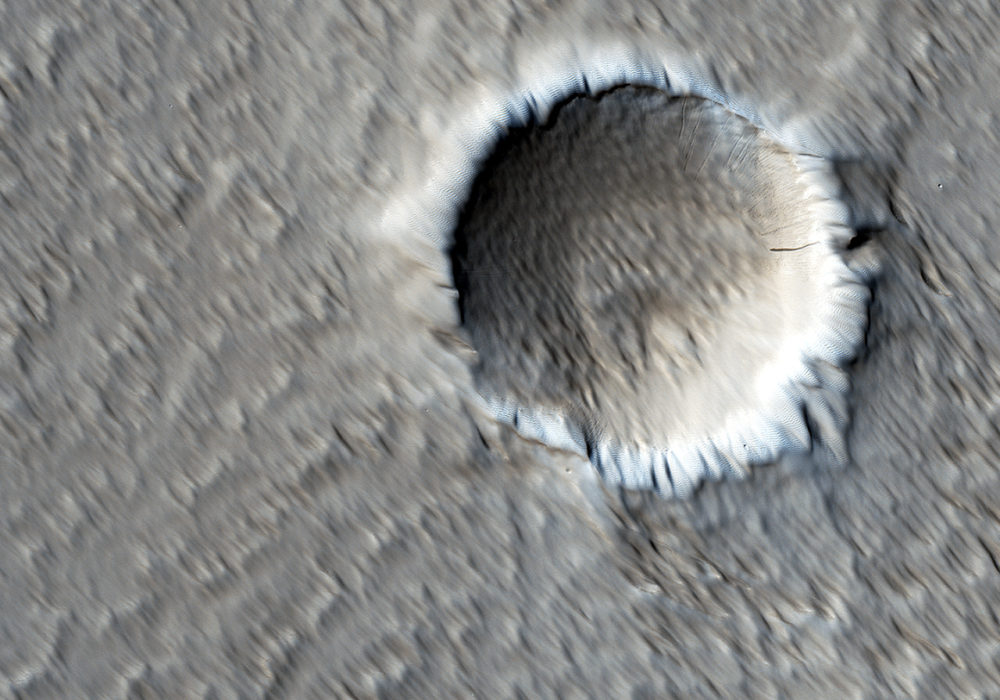