There are three active dust devils in this image, but they aren’t monsters like this picture .

Especially interesting is the stereo anaglyph with ESP_026051_2160 , acquired just two weeks after this one.

Viewed with red-green glasses , the active dust devils seem to float above the surface. There are also some bright lines present in only the later image–those are the tracks of dust devils that passed through this region in the prior two weeks. 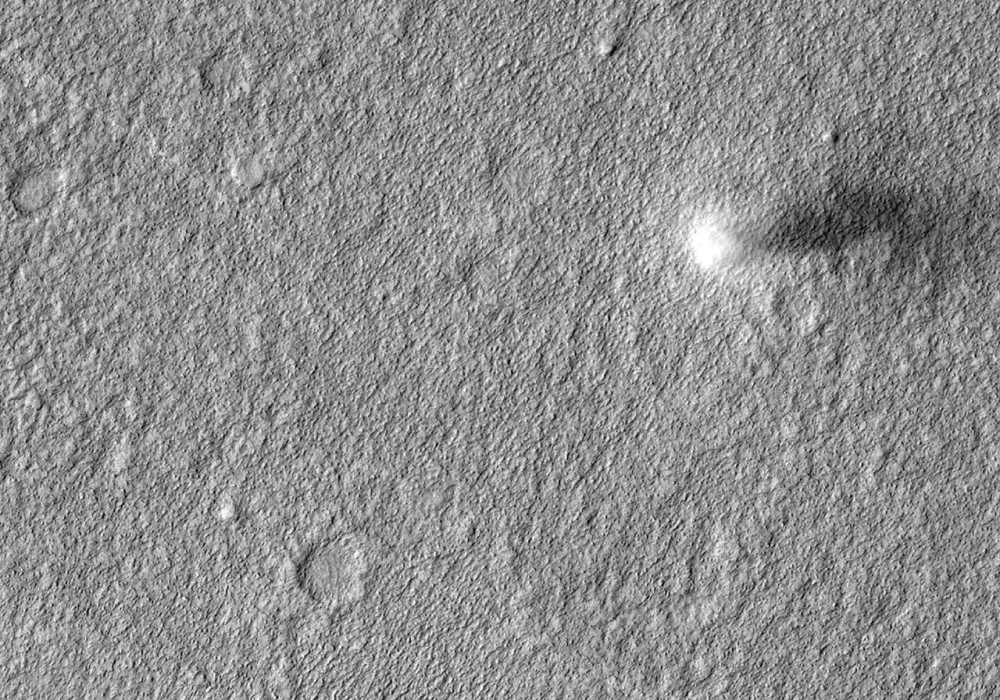