There is a crater nearly 50 kilometers in diameter inside the 167-kilometer Becquerel Crater, named after Antoine Henri Becquerel, the discoverer of radioactivity along with Marie and Pierre Curie.

This image shows layered blocks tilted at high angles, diverse color and textures and dark dunes . Some of the bedrock may have originated at great depths, uplifted first by Becquerel Crater and later by the 50-kilometer crater.

Why didn’t we image such an interesting target sooner in the MRO mission? Because this feature falls along MRO orbits that also cover the Opportunity rover sites in Meridiani, parts of the Mawrth Vallis region, the layered deposits in Becquerel but outside this 50-kilometer crater, Asimov Crater with spectacular troughs and gullies, and Russell Crater with giant dunes and a key monitoring site. There are just too many good targets along some orbits, and not enough in other orbits.

Fortunately MRO is proving to be a long-lived mission so we have the chance to cover more of the most interesting regions of Mars. 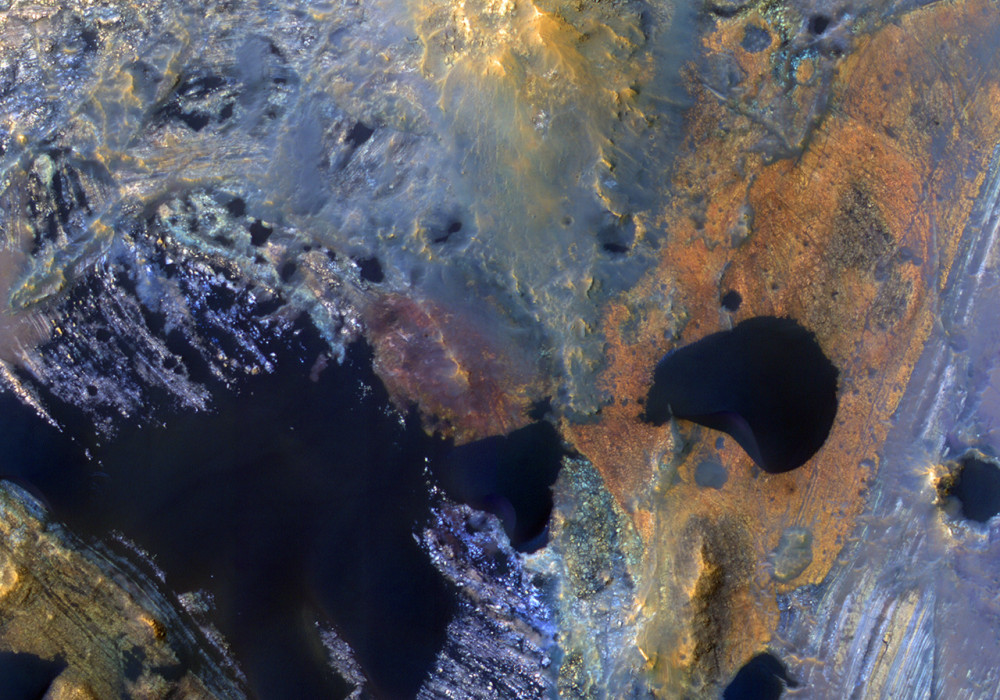