This complicated landscape of craters, slopes, and boulders is in an area called Tithonium Chasma, a large trough that is itself a part of the more well-known canyon system Valles Marineris.

Scientists are interested in imaging canyons such as these because they provide a view “under” the surrounding Martian surface to potentially older material beneath (similar to the Grand Canyon on Earth). This image shows the floor of the trough, although the walls of this canyon have also been imaged previously (see PSP_007562_1745 for one example of the walls of Tithonium Chasma).

Evidence from the CRISM instrument, a spectrometer also aboard Mars Reconnaissance Orbiter, suggests sulfates and iron oxides exist in this general region, in the form of layered deposits. (Murchie, S. et al. 2009. A synthesis of Martian aqueous mineralogy after 1 Mars year of observations from the Mars Reconnaissance Orbiter. Journal of Geophysical Research: 114.) It is unknown how far these deposits may extend beneath the surface.

MYTHOLOGY
In Greek mythology, Tithonos was the son of Troy’s King Laomedon. The goddess of the dawn, Eos, fell in love with him and kidnapped him, asking Zeus to make him immortal, but forgetting to ask to make him forever young. When Tithonos reached a very advanced age, only his voice was still young, and Eos no longer wanted him, so Zeus, to save Tithonos from torment, turned him into an insect that would never stop singing: the cicada. 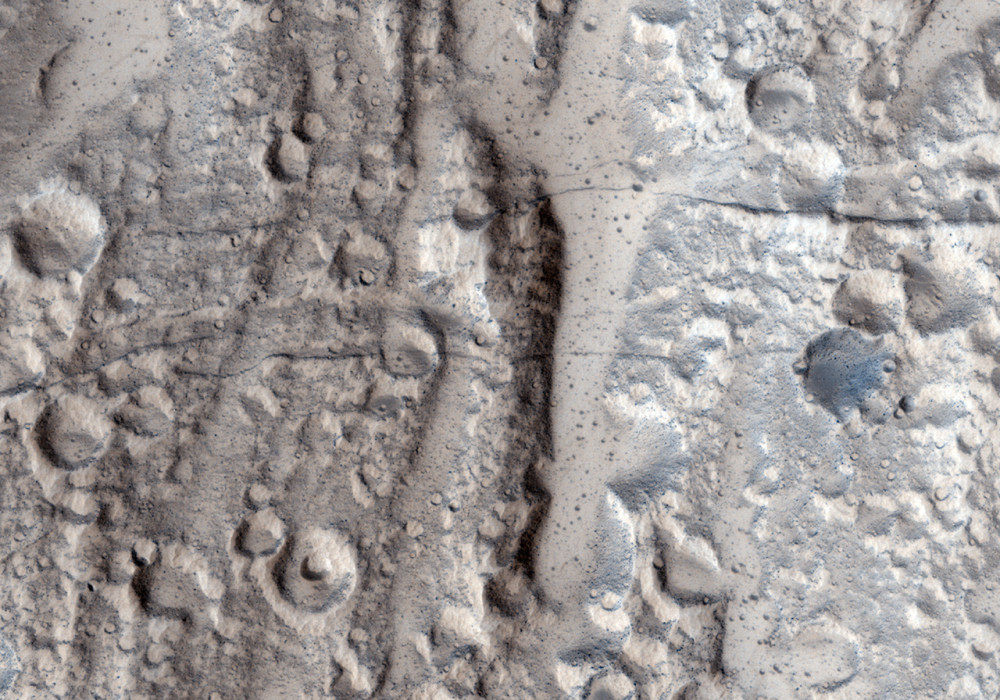