The flow feature is approximately 5 kilometers long and 1 kilometer wide with a partial double inner ridge and raised outer margin. The flow feature’s surface is generally devoid of impact craters and parts of its outer margin have deflected around obstacles.

Similar flow features, though not as distinctively tongue-shaped as this one, are found in many other craters throughout the southern mid-latitudes of Mars.

Recent studies of these flow features have determined a latitudinal dependence to which side of the crater interior these features are formed upon. For this particular flow feature, it has formed on the pole-facing slope. This polar or equatorial-facing preference has implications for the amount of solar isolation these slopes are receiving, which may be a result of recent climate change due to shifts from low to high obliquity.

Although these Martian flow features may have Earth analogs such as rock glaciers, uncertainty remains as to what types of fluvial, glacial and mass-wasting processes are involved in their formation. This particular flow feature was imaged previously by the Mars Orbiter Camera (MOC) onboard NASA’s Mars Global Surveyor spacecraft. 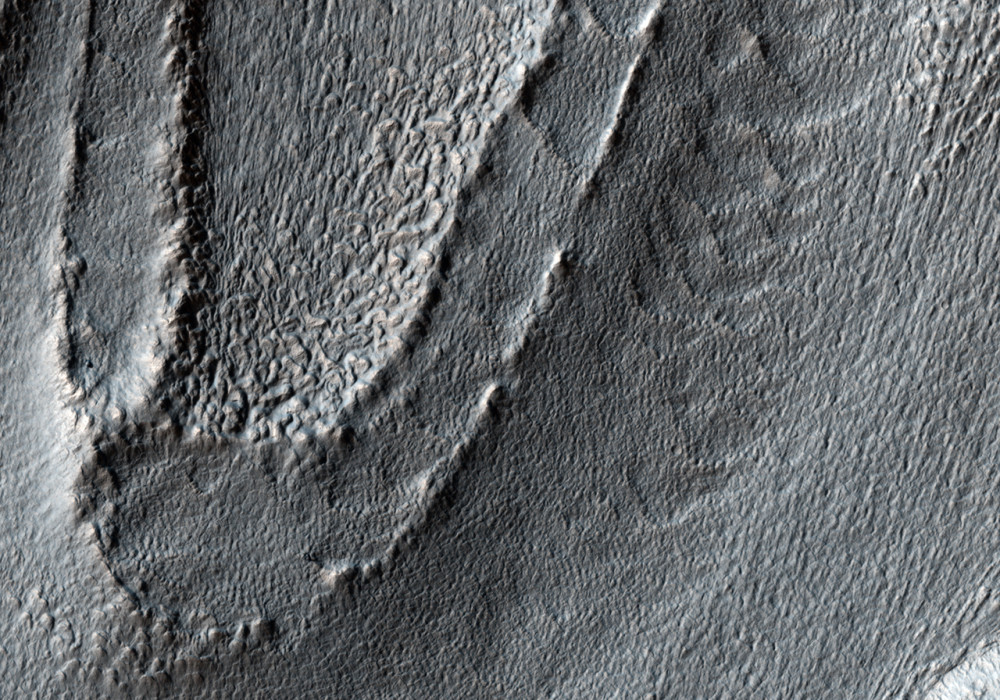