Dusty regions on Mars are often considered to look boring in HiRISE images because the dust obscures surface features. However, new meteor impacts are found most easily in dusty regions such as the one in this image because the new impacts blast away the dust at the surface, leaving obvious dark spots that can be seen in images from the Mars Reconnaissance Orbiter Context Camera (CTX). HiRISE will then take a close up image of the dark spots to image any new craters that have formed as a result of the impact.

As well as confirming a new impact, this image also showed other features commonly found in dusty areas: slope streaks and bed-forms. A close-up picture of the roughly 2.5-kilometer-diameter crater at the bottom of the main image shows ridges on the crater floor where dust has become trapped, and bright and dark streaks down the crater walls where dust has cascaded down the slope. 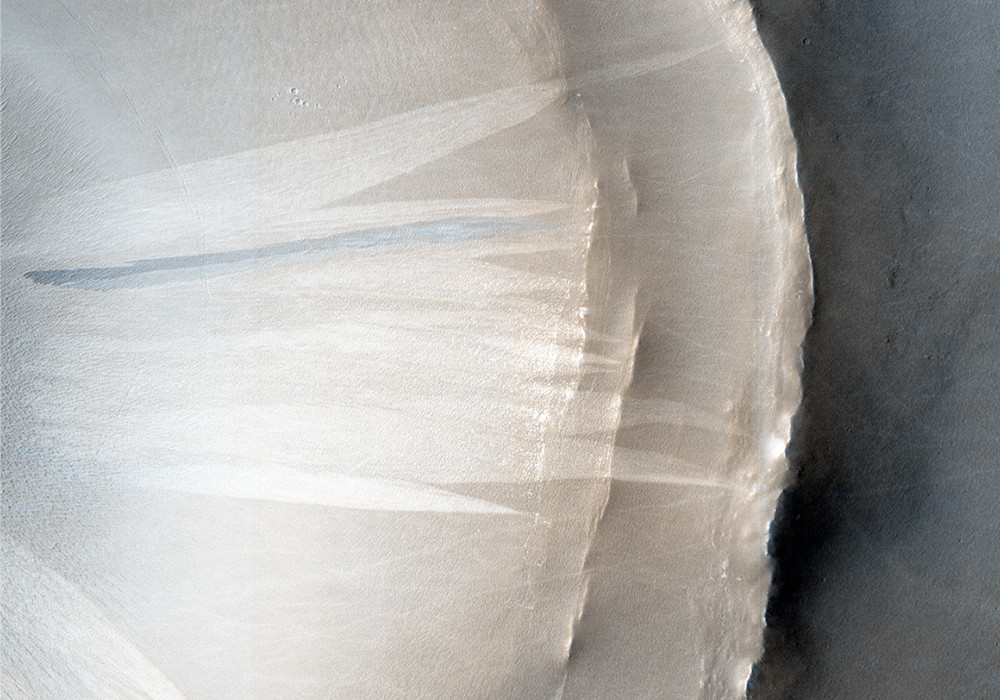