The upper right corner of this observation shows a prominent ridge called a wrinkle ridge. The wrinkle ridge has been transected by the wall of the Ophir Chasma just south of the Martian equator.

Wrinkle ridges are linear to arcuate topographic highs typically consisting of a broad arch topped by a crenulated ridge. They have been identified on the Moon, Mars, Mercury, and Venus. On Mars, they are many tens to hundreds of kilometers long, tens of kilometers wide, and may be several hundred meters high. They are characterized by asymmetrical cross sectional profiles and an offset in elevation on either side of the ridge.

Wrinkle ridges are most commonly believed to form from horizontal compression or shortening of the crust due to faulting and are often found in volcanic plains.Written by: Maria Banks   (7 December 2007) 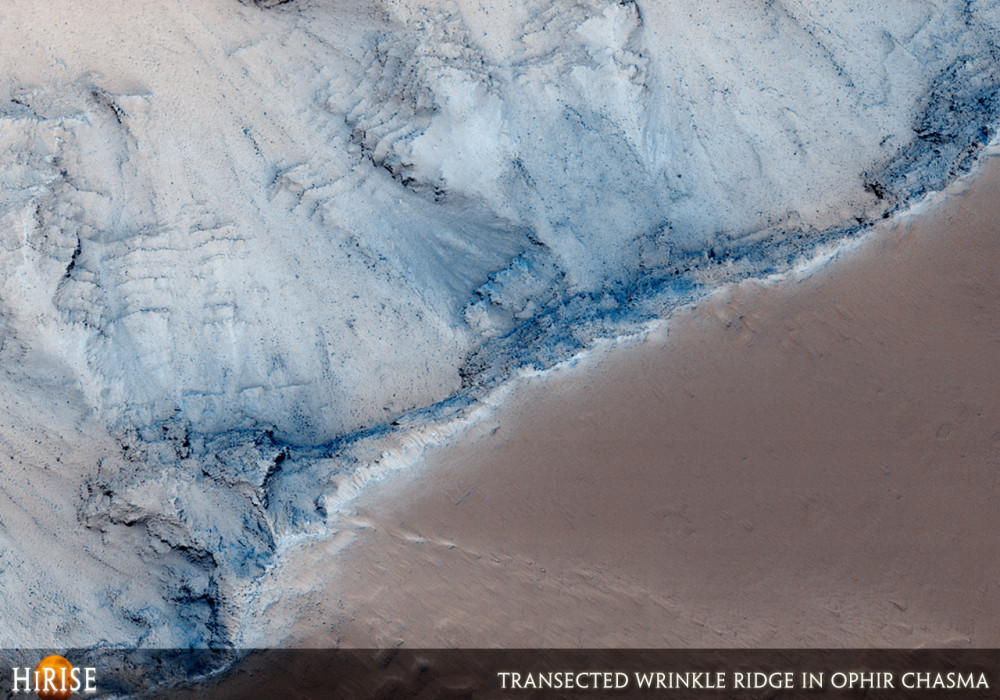