This polar terrain is located near the north pole. The bright patch of material is ice, which might have been deposited in the previous winter.

After ice in the form of surface frost is deposited from the atmosphere, it experiences changes throughout the Martian year. Some of the ice has a polygonal texture which probably formed when temperature variations created stress and cracks in the ice.

The dark features scattered throughout the scene are dunes. The streaks emanating from the dunes trending in the southwest direction indicate the dominant direction of the wind in recent times. 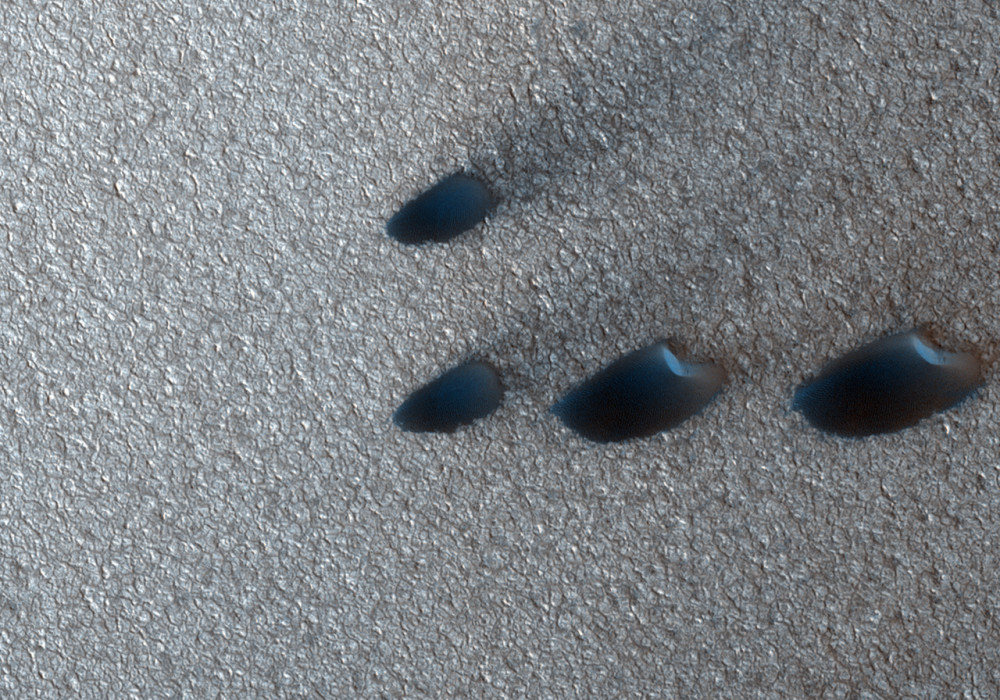