Transverse Dunes in the Northern Lowlands

The Vastitas Borealis region, or northern lowlands, is a large area of low-lying surface that surrounds Mars’ North Pole.

On average, the region is 4-5 kilometers lower in elevation than the mean radius of the planet. How this basin formed is not known, although researchers have postulated that it could have been the result of a very large-scale impact sometime in Mars’ distant past. As of this writing, it is summer in the Martian northern hemisphere, allowing the HiRISE camera to image this region in full sunlight.

The sinuous landforms are dunes composed of sand that is made of basalt (a volcanic rock) or gypsum (a hydrous sulfate). There is a transition of modified barchanoid (crescent shaped dunes, generally wider than they are long) and transverse chains into star dunes; the winds change a lot in this area. The orientation of the barchanoid and transverse dunes indicate that the winds that formed them blow from the east (right side of image). In some areas there are a few linear dunes. The light-toned, smaller bedforms are designated transverse aeolian ridges (TARs).
Written by: Shawn Hart   (21 August 2008) 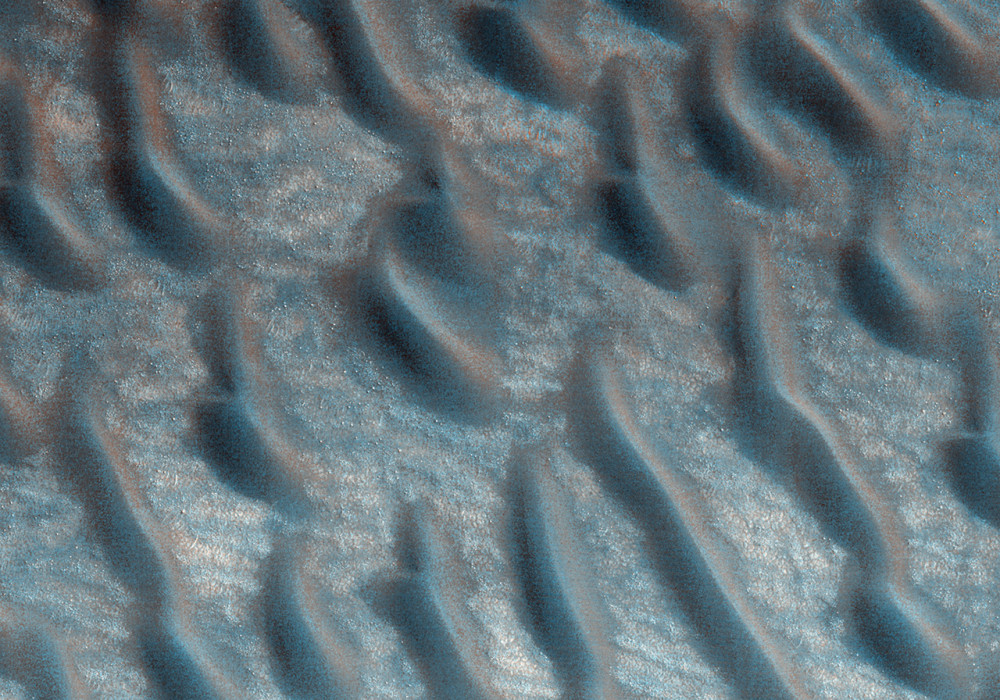