This image shows a triple impact crater in Elysium Planitia near Tartarus Montes, which probably formed when a binary—or even triple—asteroid struck the surface. (Binary asteroids orbit each other, while also orbiting the Sun). The two larger craters must have been produced by asteroids of approximately the same size, on the order of a few hundred meters across.

The northern crater might have been created by a smaller asteroid, which was orbiting the larger binary pair, or when one of the binary asteroids broke up upon entering the atmosphere. The shape of the triple-crater is oblong, suggesting an oblique impact; therefore, another alternative would be that the asteroid split upon impact and ricocheted across the surface, creating additional craters.

What evidence is visible in this image that shows that the three craters did not form independently? The ejecta blanket appears to be uniform around the triple-crater showing no signs of burial or overlapping ejecta from overprinting craters. The crater rims are significantly stunted where the craters overlap . 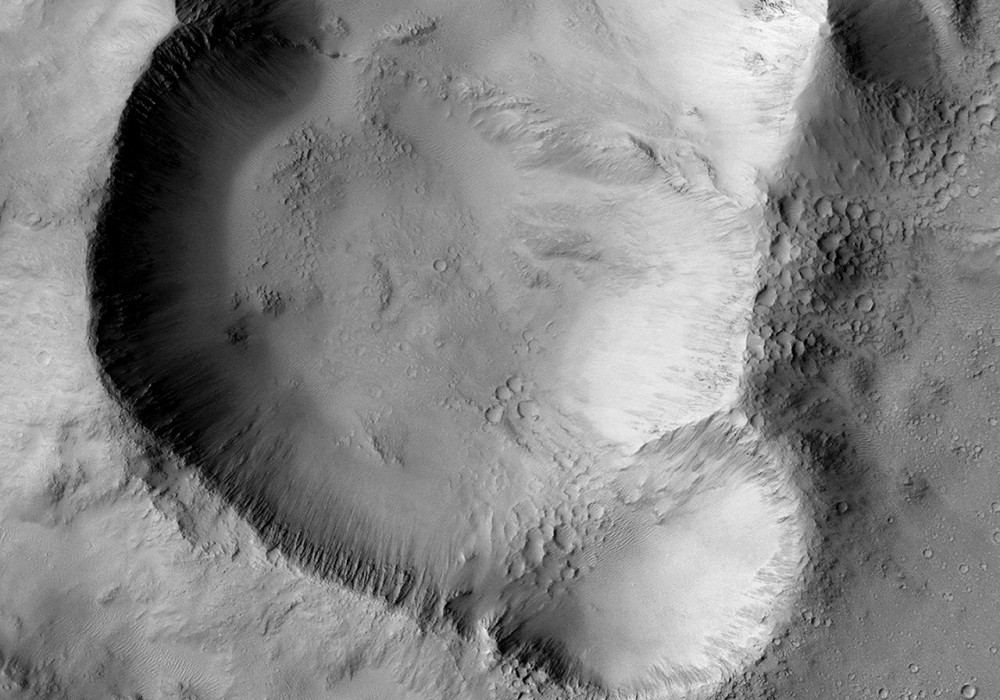