Troughs and Scarps in Planum Australe

This image shows an outcrop of the south polar layered deposits (SPLD). The SPLD consist of layers of ice and admixed dust and make up the bulk of the dome-shaped Planum Australe.

Much like ice cores from Greenland and Antarctica and deep sea sediment cores, the icy-dusty layers of the SPLD may have preserved a record of recent Mars climate history. Understanding that record is a complex process and involves, among many other types of analyses, examining the differences and similarities in appearance between each layer and attempting to classify layer types. This image shows nice examples of different layer textures. But what is especially interesting about this image are the faults cutting through the layers. These faults appear as diagonal lines, on either side of which, the layering is offset. Note that the faults are not clean, single lines, but appear in long groups of short lines.

What caused these faults is still under investigation, but, among other possibilities, they could be related to an earlier time when temperatures were higher and the ice was flowing at a much faster rate than it is today. 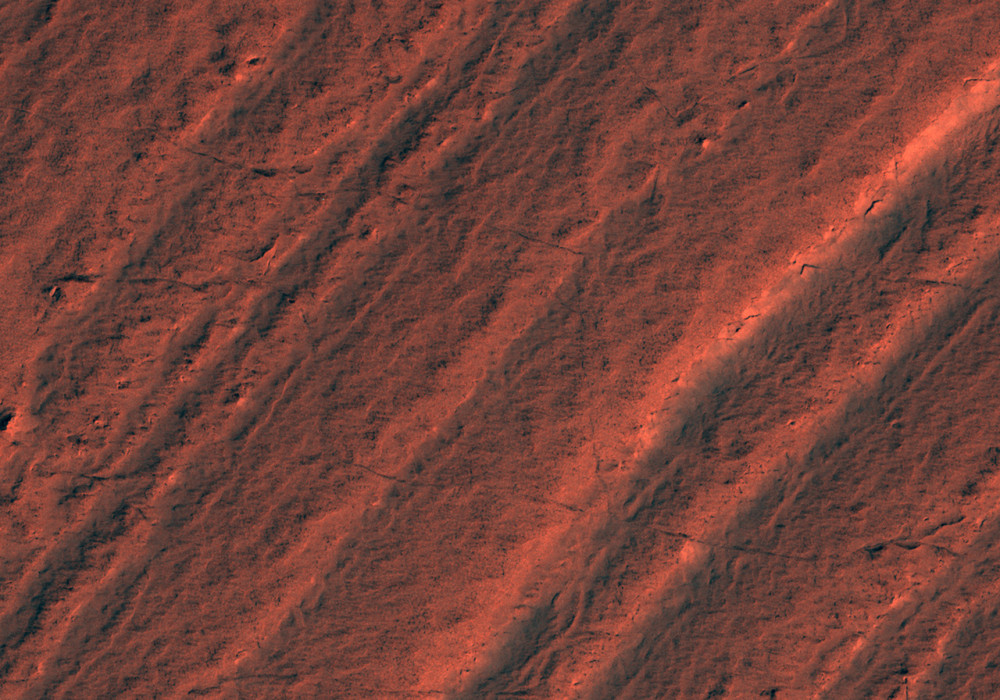