Troughs and Wind Features of the Tharsis Region

The Tharsis region, where this observation is located, contains numerous volcanoes, including the largest one in the Solar System, Olympus Mons. It also contains many tectonic faults such as those visible here in Ulysses Fossae.

The flat-floored troughs seen here are called “graben.” They are formed when the terrain gets pulled apart and two parallel fractures form in the bedrock. As the terrain gets stretched apart the block of rock between the two fractures drops downwards.

Graben of different orientations criss-cross each other here, indicating that the terrain was stretched in different directions at different times.

There are also several dark slope streaks throughout this observation. 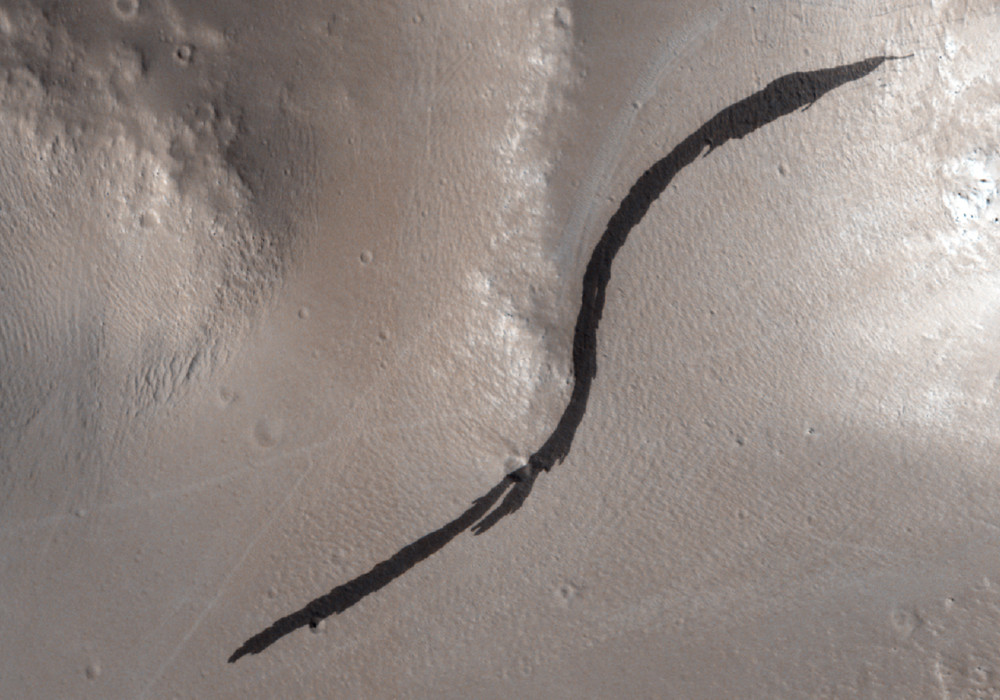