The two linear depressions in this image form part of the Elysium Fossae complex, a group of troughs located in the Elysium quadrangle of Mars.

These troughs are tectonic features, likely formed by the stretching, tearing and subsequent collapse of the crust resulting from the rise of the nearby Elysium volcanic province. The north and south troughs in this image are roughly 4.8 and 3.7 kilometers across respectively, and around 800 meters deep. Strata, or layering from successive deposition of material (likely ash and lava), are exposed in the upper wall of the trough .

Upon closer inspection, another interesting phenomenon becomes visible: slope streaks . Observable on the slopes of both troughs, these dark features (also known as dust avalanches) are the result of a mass movement of loose, fine-grained material exposing darker material. Over time, these features superpose and cross-cut one another, manifesting as light-toned angular features on either side of the slope streak . Slope streaks have also been known to form as the result of an impact on or near the slope which shakes loose dust, triggering an avalanche . 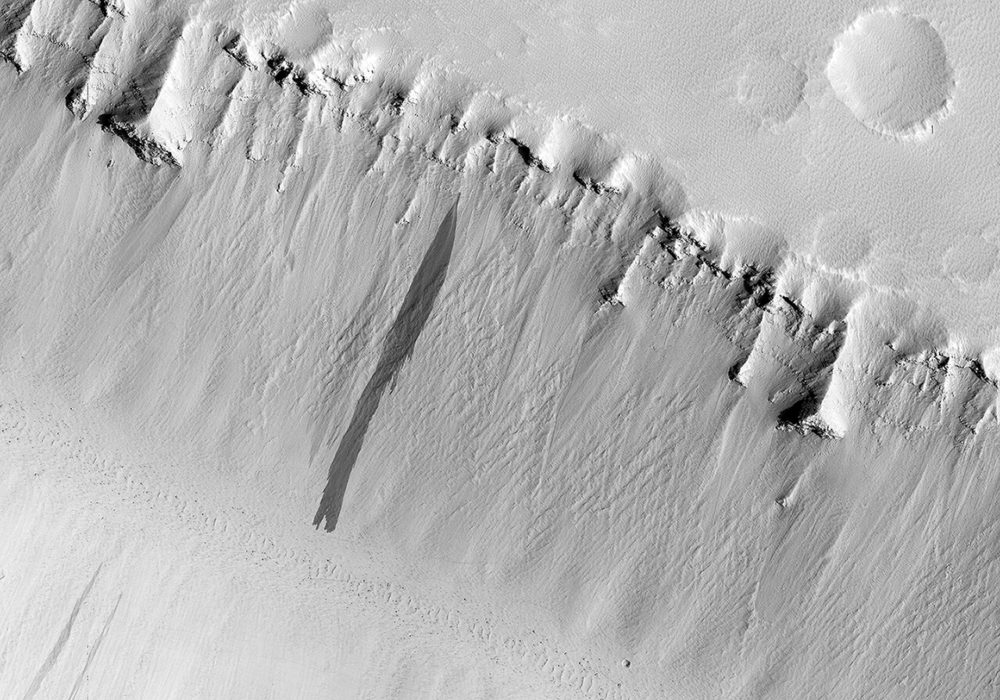