This lava flow field is part of a small shield volcano within the lava plains south of Pavonis Mons. It illustrates the importance of lava tubes in the formation of large lava flow fields.

Shield volcanoes are often covered by a combination of open lava channels and partly enclosed lava tubes, through which lava once flowed when the volcano was active. Tubes are often located axial to topographic ridges, and after a lava flow ends, a tube can drain leaving an empty space into which the roof can collapse.

However, if a tube is filled to capacity or under pressure when the lava is flowing, narrow ridge-like features and/or small lava flow breakouts can form. This scenario is one possible explanation for the ridged lava flow in the center of this image. Here, a narrow wall-like feature is axial to a larger topographic ridge that appears to be the source for a series of smaller lava flows. 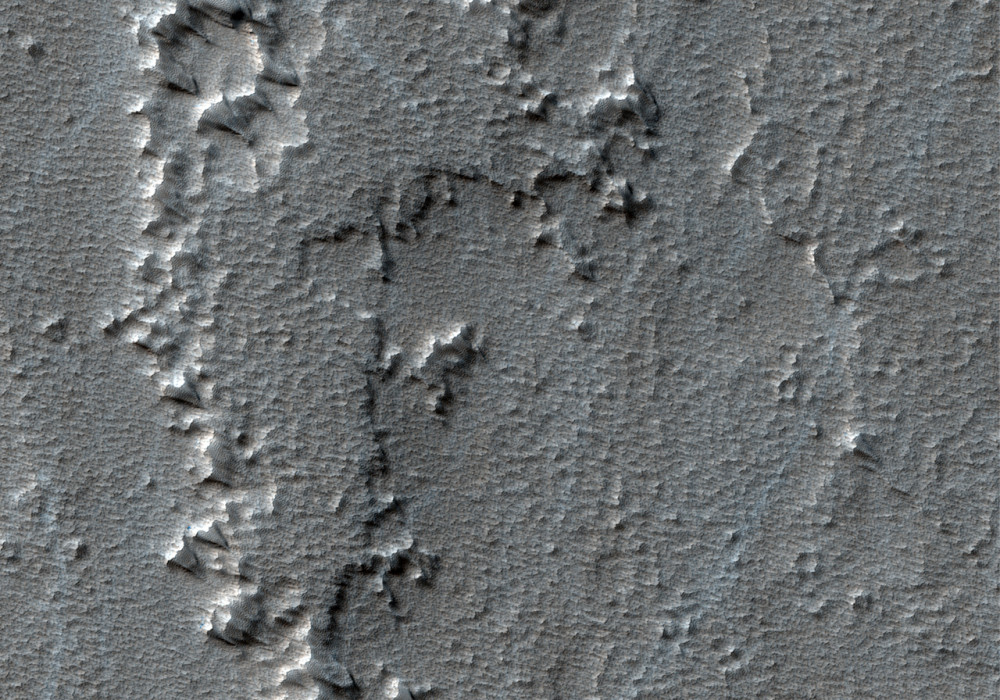