The northern crater is smaller, appears more degraded, and is partially filled with sediments that form a hummocky surface. Dunes have formed subsequently on this surface. Some incipient gully-like features have formed midway along the southern crater wall and expose layers that are more resistant to erosion.

The larger crater to the south is eroded by gullies on its northern slope while the southern slope region lacks them. Most gullies in this scene appear to emanate from more resistant layers, although the larger gullies have eroded back almost to the crater rim.

The nature of the layers and their connection to the water that formed the gullies is unknown. Gullies typically form when flowing water erodes sediments and soft rocks in a channelized flow. Because Mars is very cold and dry, it is unknown where the water came from to form the gullies. 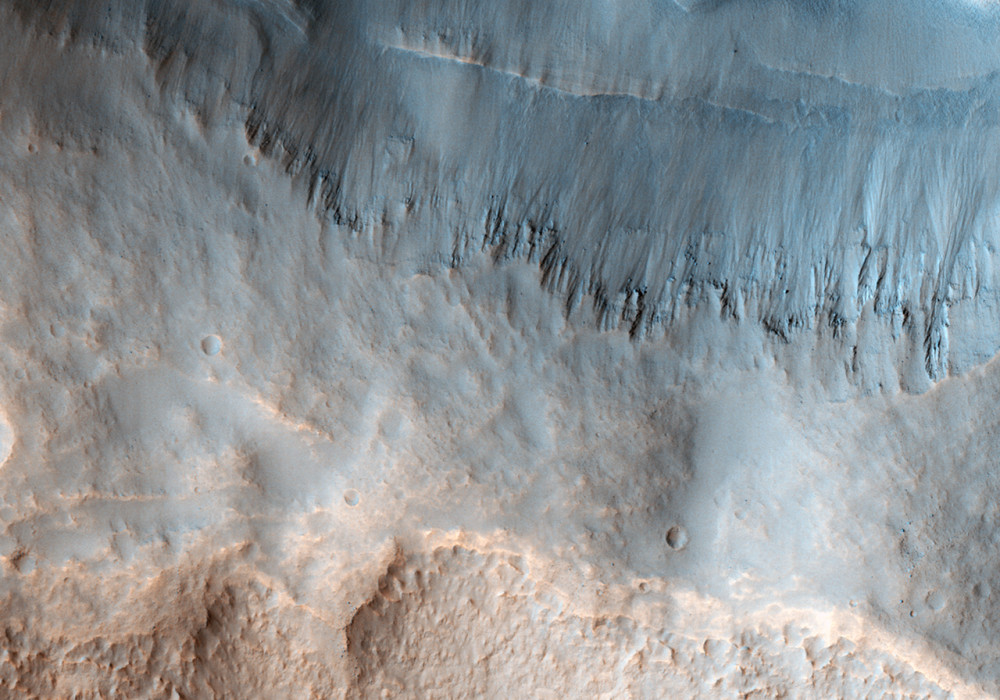