This image features the north polar layered deposits. The flat tongue-shaped feature at the bottom of the image is the surface of the cap.

The bright textured region near the top of the image is polygonal ground, which is commonly found in the Martian high-latitudes. Polygonal ground formation is thought to relate to temperature cycles in ice-rich soil.

Just south of the polygonal ground, a bright layer within the cap can be seen eroding in the form of landslides, particularly near the center of the image. 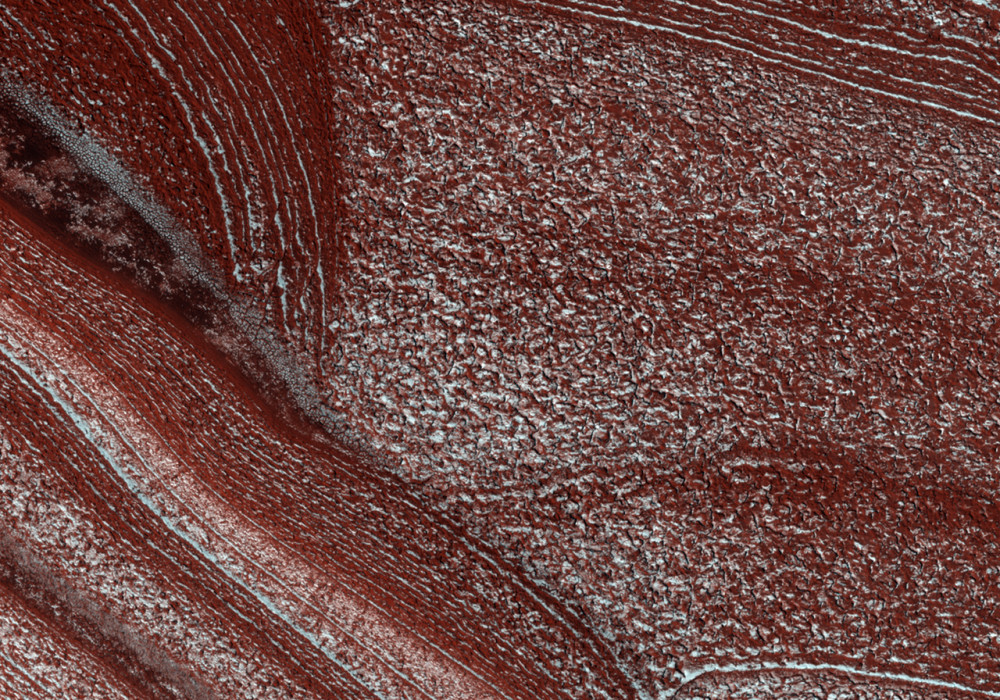