This scene is 6 kilometers (approximately 3.7 miles) wide, illuminated from the lower right, and shows a section of the south polar layered deposits.

The south polar layered deposits are an accumulation of mostly water ice and dust, similar in some ways to ice caps like those in Greenland and Antarctica. In this example, the layers in the lower right end abruptly (truncate) at a curve in the layers that extend along the left side of the image. This type of truncation (termed an “unconformity” in geology) is usually due to erosion, wherein the layers in the lower right were eroded, followed by later deposition of the rest of the layers on top of the older layers (layer age likely increases from left to right). It is also possible that flow of these icy layers played a part in the complicated layer geometry exhibited in this example. Written by: Kathryn Fishbaugh   (11 December 2007) 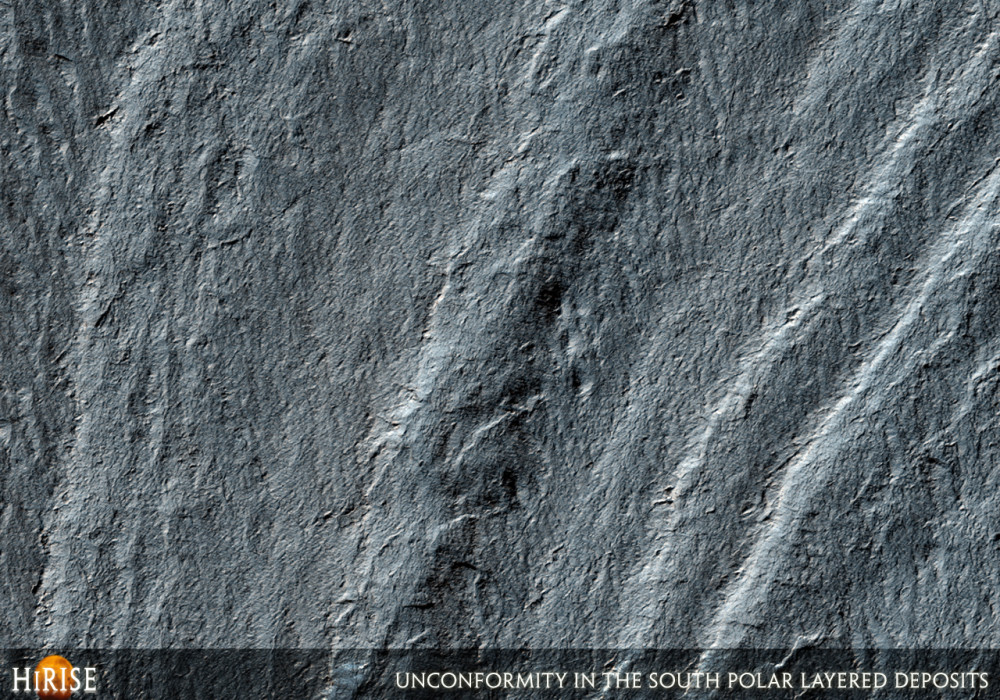