Mars is a dynamic planet. HiRISE has witnessed many surface changes over the past ten years, including hundreds of new craters formed by ongoing impacts. Most of these impacts are likely caused by asteroids that have strayed into collision courses with Mars. The planet’s much thinner atmosphere compared to Earth makes small asteroids less likely to burn up prior to hitting the Martian surface.

This new crater, which formed explosively at the point of impact, has a diameter of roughly 8 meters (about 25 feet), but its surrounding blast zone and ejecta extend over a kilometer (about one mile) beyond the crater itself. The materials exposed nearest the crater have distinctive yellowish and lighter grey appearances , while more distant ejected materials range from dark brown to bright bluish in an enhanced-color view. These varied materials may have originated from different layers penetrated by the impact.

This new impact was discovered using the lower-resolution Context Camera (CTX), also on board Mars Reconnaissance Orbiter. An older CTX image of this region from May 2012 shows a uniformly dust-covered surface, while a newer CTX image from September 2016 reveals the crater’s dark blast zone. New craters on Mars are easiest to locate in such dust-coated terrains, where they provide opportunistic “road cuts” that allow scientists to see beneath the dust blanket and determine the underlying rock compositions and textures. 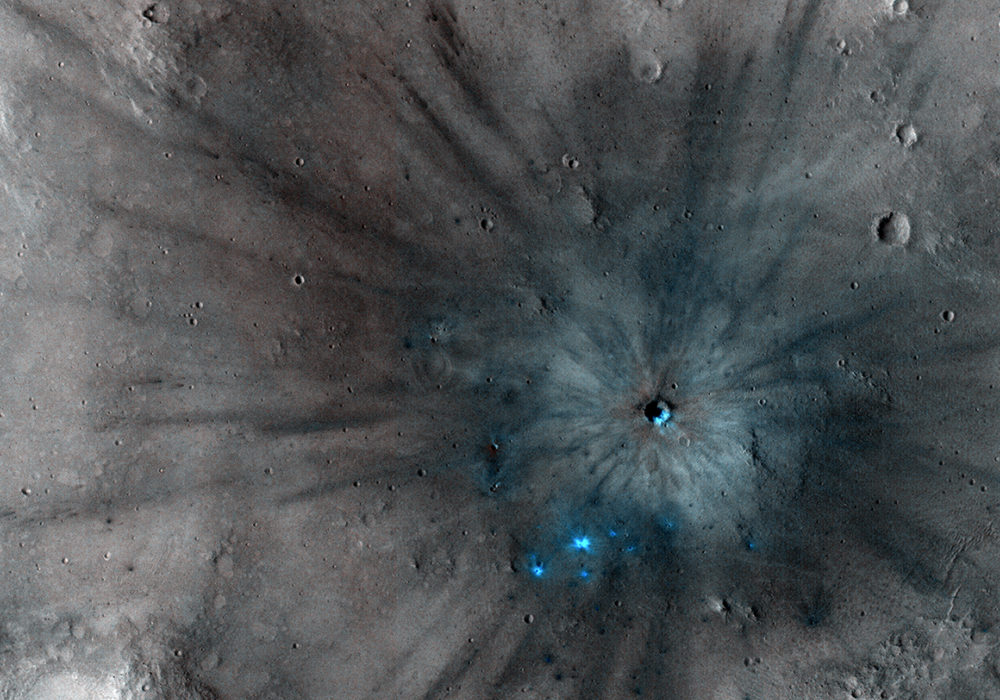