Because HiRISE images resolve details at scales less than a meter, this image and others similar to it of uneroded impact craters, offer opportunities to examine the details of the impact cratering process.

This is a very well-preserved crater in the northern hemisphere. Because the features on the crater rim, walls, and floor are very sharp, rather than rounded, it appears to have undergone very little erosion or other modification since its formation.

Several interesting characteristics are notable in this observation. The north part of the image shows striations on the ejecta that formed from the impact blast. The crater rim has a large number of bright landslides, probably resulting from slumping on steep, unstable slopes that are typical of well-preserved craters.

Some of the terraces within the crater have fluvial-like channels which might have been carved shortly after crater formation from impact-induced precipitation. Other processes involving flow of a media behaving like a fluid and capable of small channel erosion (for example, impact melt or cascades of sandy debris) may have also contributed to the formation.

Finally, this crater has a central pit. Central pits may form from release of volatiles, ices in the surface that becomes gases during the later stages of the impact process. 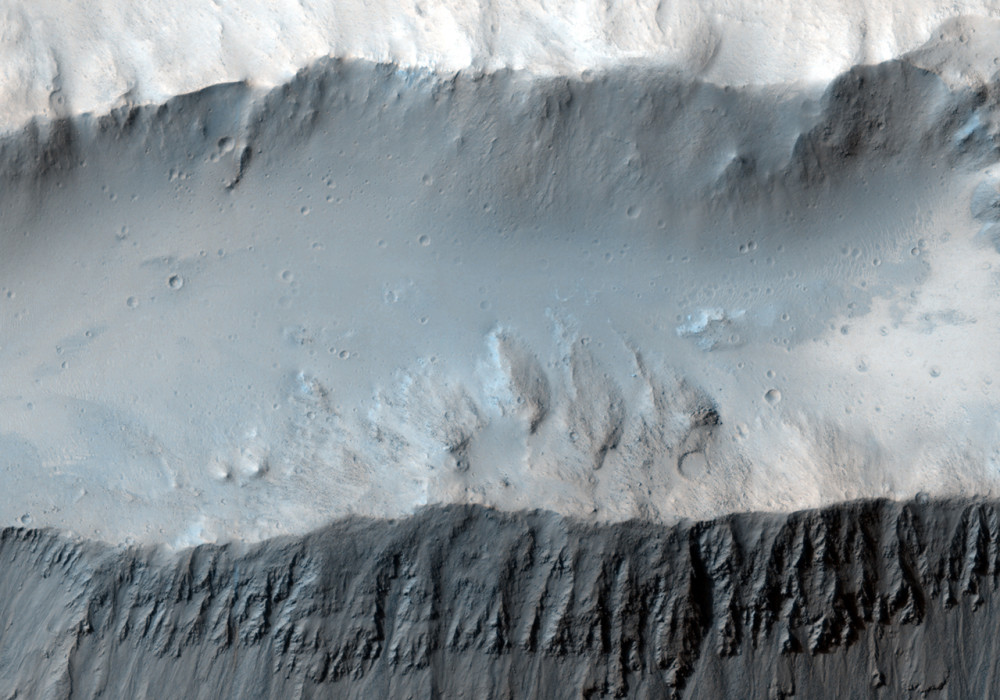