Oudemans Crater is about 120 kilometers in diameter and it is located in western Valles Marineris just to the south of Noctis Labyrinthus.

Light-toned layering is visible in the central peak which represents material brought up from substantial depth (greater than 6 km) and provide evidence for older deposits buried beneath the lava flows of the Hesperian-aged plains.

In this HiRISE image, which is located to the east of the central peak but along the floor of the crater, numerous hills are visible. The subimage reveals layered rocks in the hills that are tilted so that they stand almost vertically. The rocks were originally laid down horizontally so the force and uplift during formation of the crater peaks caused sections of the rocks to be broken apart and rotated. 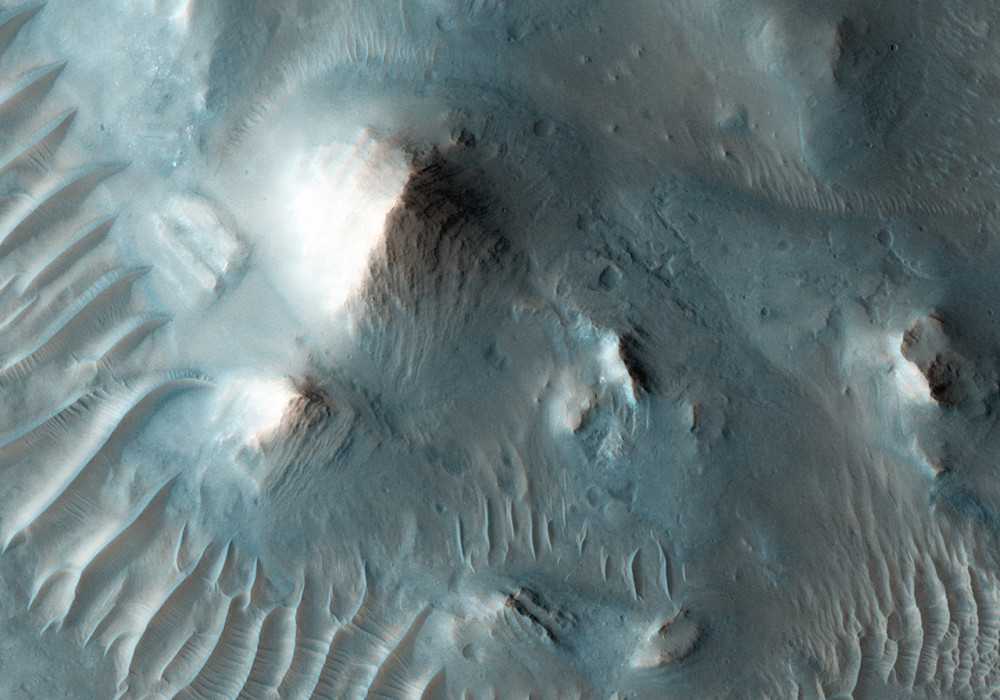