This image shows features from Utopia Planitia, part of the broad northern plains of Mars. Much research has focused on possible ice-related geomorphology in this area, which contains many peculiar landforms.

In this image, the prominent features are fractured mounds or hills. Many of these seem partially to fill small impact craters, but some are found on level ground. These could be landforms produced by ground ice upheaval, or perhaps eroded remnants of some kind of mantling layer. Recent research indicates that some of these landforms occur only at certain latitudes and thus certain climate conditions, suggesting a possible role for ice in their formation.

The level surface also has an intriguing pitted appearance, with some variations across the image. This might also have been produced by the sublimation (going from a solid directly to a gas) of ice in the upper soil. The surface, including the mounds, has ubiquitous small boulders, only a few HiRISE pixels across. The presence of boulders indicates that this surface material does not consist only of very fine sediments, as might have been expected in a deep ocean basin. Whatever process deposited the upper sediments on these northern plains must have carried boulders up to about one meter diameter.
Written by: Colin Dundas   (12 July 2008) 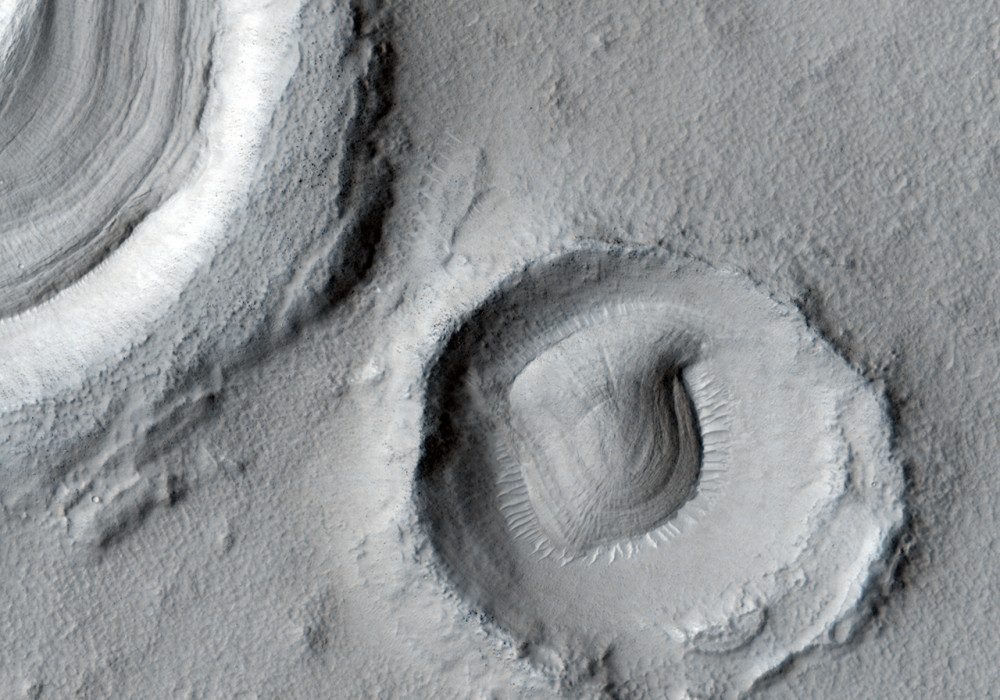