This terrain is covered by pits and scallops (pits open on one side), perhaps due to collapse after sublimation of subsurface ice.

This full-resolution anaglyph sample shows that the surface is cut into many polygons about 10 meters wide, that form as ice expands and contracts with temperature changes. There are also many meter-scale boulders on the surface, which must be rocks rather than blocks of ice, or they would not be stable on the surface.

More than 10 meters thickness of ice must have sublimated from some areas. (Sublimation is the process of going from a solid directly to a gas). How did the ice get deposited? One idea is that it is from snowfall (in a different climate), but then it is difficult to explain the presence of the boulders. The other possibility is transport through the shallow subsurface in very thin films of water over many years.
Written by: Alfred McEwen   (22 February 2012) 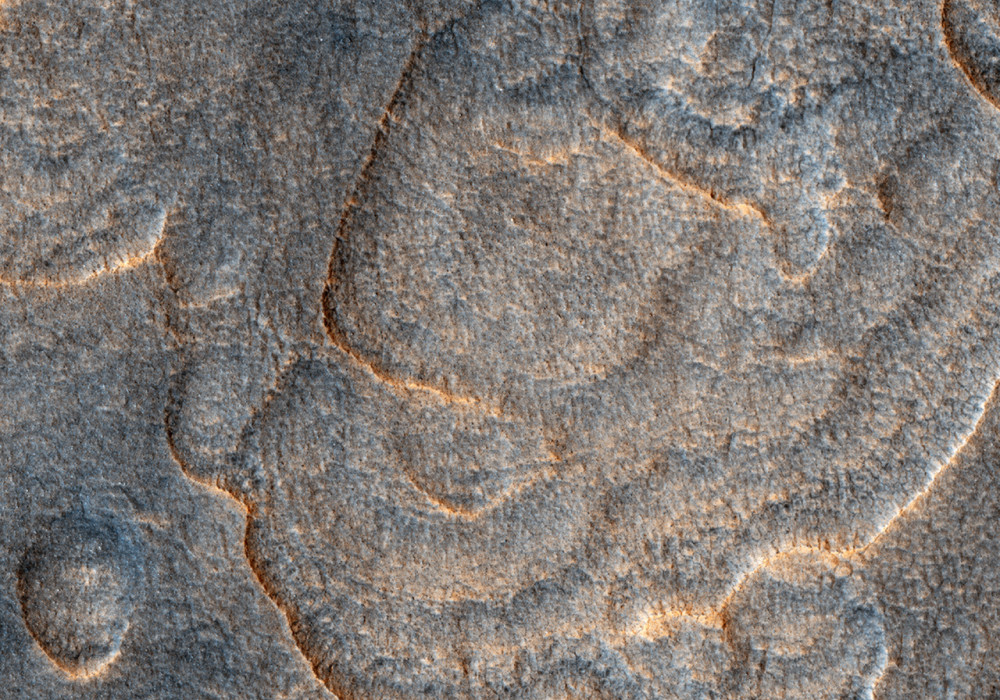