This image captures a small part of the northern wall of Valles Marineris, the largest canyon in the solar system.

The reason this part of Mars’ crust was pulled apart is not known with certainty, so observations like this are part of a campaign to understand the tectonics of Mars. In addition, the canyon provides a view deep into the crust of Mars.

This HiRISE image captures 9500 meters (31,000 feet) of vertical relief. A sequence of thin layers can be seen in the upper roughly 1000 m (3000 feet) of the valley wall. Since Valles Marineris cuts into the side of the Tharsis Volcanic Rise, it is likely that these layers are lava flows. Below this, layers are not so regular. This lower section probably exposes rocks that have been intensely disrupted by ancient impact craters, but could also include solidified bodies of magma. 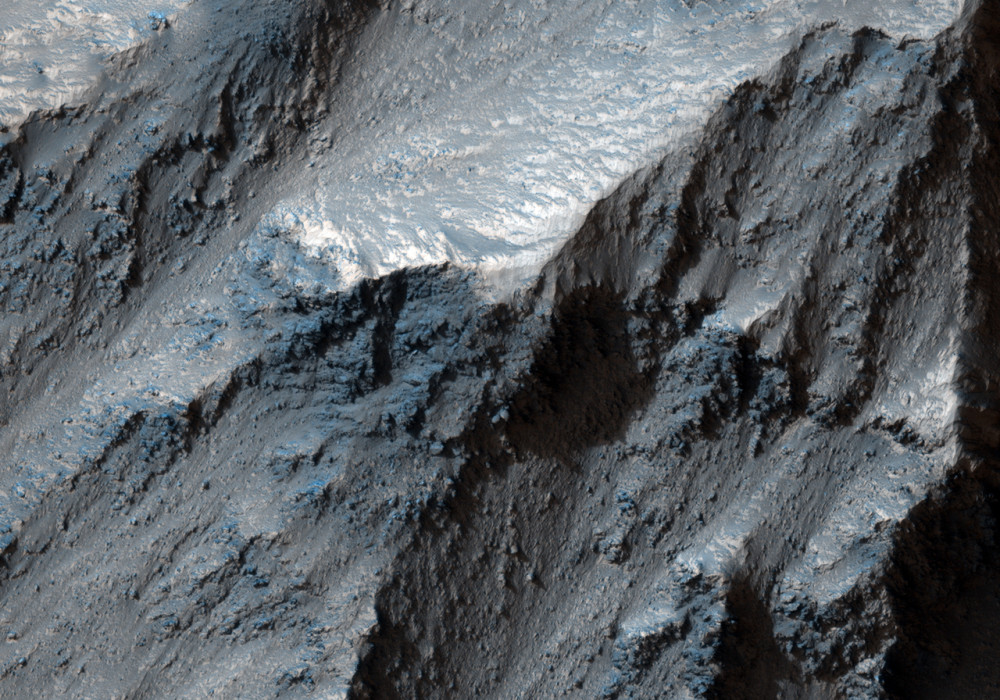