A valley extends across the center of the image, and a tributary joins it from the north, while another branch connects from the south. This branch–which resembles half of a crater–is really just a bend in the channel, much more incised than the muted valley going across the scene.

There is evidence of mass wasting (gravity moving dry materials off high-standing regions onto low-lying regions), visible where a series of ridges appear to be piling up near the floor of the bend.

The terrain surrounding the valley has craters of a range of ages, judging by their different states of degradation. One small fresh crater near the right side of the image has dark, high-standing rays extending from it. A larger more degraded crater is located in the bottom third of the image. A great deal of material has flowed off the crater walls into its center. It is likely that ground ice aided the movement of this material. 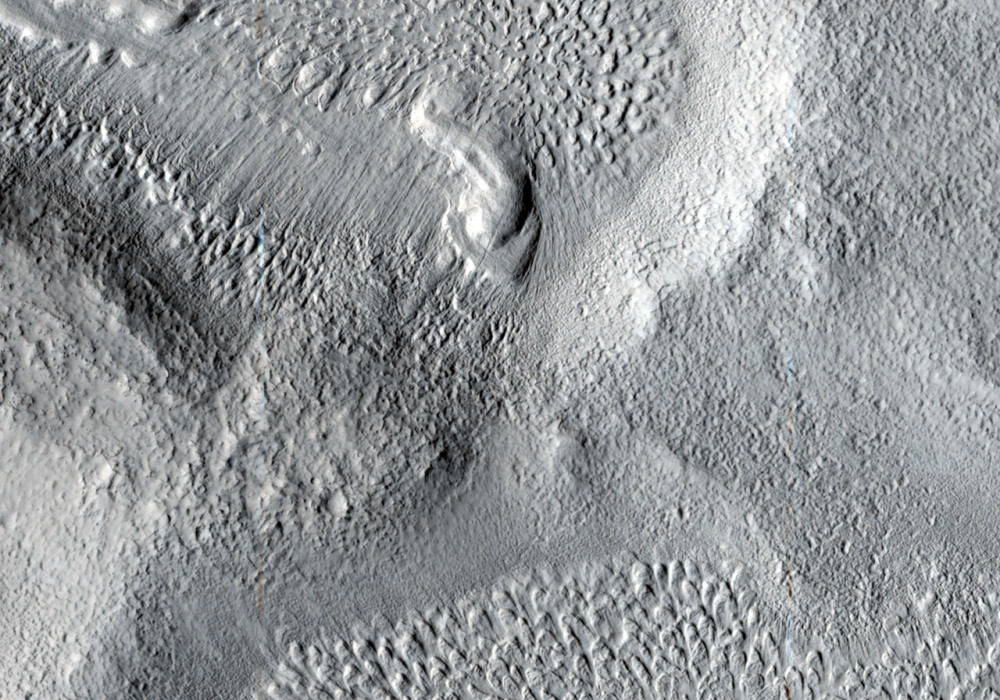