This image is of the flanks of the shield volcano Elysium Mons.

The volcano is considered to be the youngest within the Elysium Mons province, which also contains the volcanoes Hecates, Tholus, and Albor Tholus.

Of course, “young” is a relative term. The last eruption of Elysium Mons could well have been a billion years or more ago.

This image shows a series of flat bottomed valleys along the flanks of Elysium Mons. There is considerable debate on exactly how these valleys form. In Hawaii, the classic example of shield volcanoes on Earth, similar valleys are carved by prodigious rainfall. While some rain may have fallen in the earliest epochs of Mars’ geologic history, the lack of small drainage networks shows that these Martian channels were not carved by rain.

However, mudflows and lava flows could potentially erode the sides of the volcano. An important hint for the origin of the valleys comes from the chain of pits visible in the northern part of the image. These pits form as the ground is pulled apart by Marsquakes. Thus it seems that many of these valleys are first formed by movement along faults. Then mud and/or lava flows widen the sides of the valley and give it a flat floor. 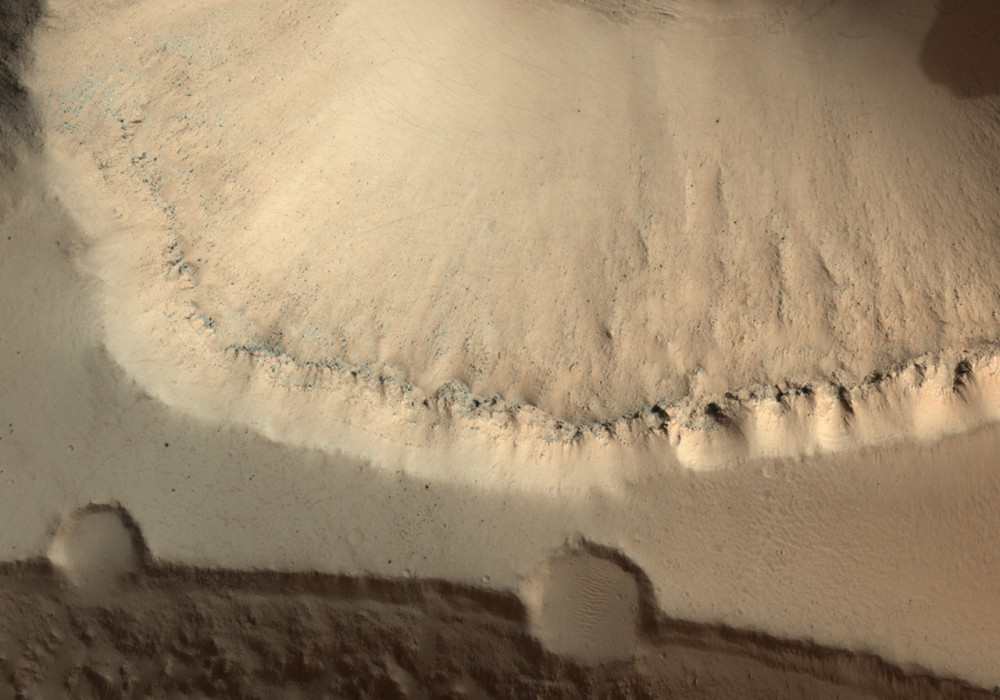