Several valleys as well as light-toned material are visible in this HiRISE image of a portion of Allegheny Vallis along the plains west of Ganges Chasma.

The main valley, which starts in a pit called Ophir Cavus and extends for 155 kilometers into Ganges Chasma, is visible in the center of the image from left to right. Smaller and shallower valleys can be seen mostly to the north (top) of the image. The observation that there are several valleys here suggests that water flowed for some extended period of time or multiple times in order to change direction and produce different valleys.

Light-toned material is visible on the upper surfaces of the plains but not inside the valleys, perhaps because smaller amounts of water could interact with the lava plains at these higher elevations, while in the valleys larger amounts of flowing water eroded and removed the plains unit. The light-toned nature on the upper surfaces could have resulted from chemical alteration of the lava plains or deposition of evaporites as the water disappeared and left behind minerals once carried in the water. 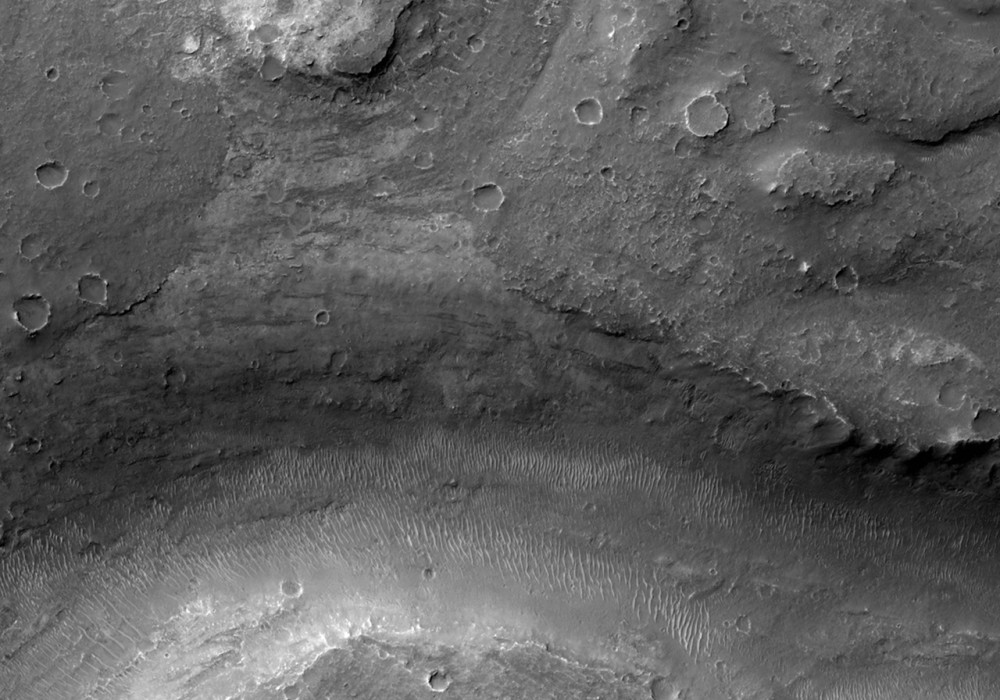