This observation shows part of the floor of a large impact crater in Arabia Terra. This crater formed in the distant past when a large asteroid or comet struck Mars, and has been heavily modified since formation. The crater was partially filled by sediments, forming the rock outcrops and layers visible in this image.

After this material was laid down, part of the deposits were eroded away. The central part of the image has been carved especially deeply, forming a distinct depression.

This depression has been a site of aeolian (wind) transport of sand in more recent times. A particularly interesting aspect of this site is that there appears to have been multiple styles of aeolian activity. Both large sand dunes (the dark hills, deep blue in the color image ) and smaller ripples (sharp, light-toned narrow ridges) are visible. While ripples are often found in association with dunes, the different colors suggest that the material is not the same. (At full resolution, the surfaces of both the dunes and the large ripples are covered with much smaller ripples.)

Even where the ripples and dunes are in contact, there is a distinct contrast between the materials. In the subimage , dark sand appears to fill a trough between two large light ripples, suggesting that the dark sand has moved more recently. This could be due to different grain sizes, since certain sizes are most easily lifted by the wind. Written by: Colin Dundas   (4 February 2008) 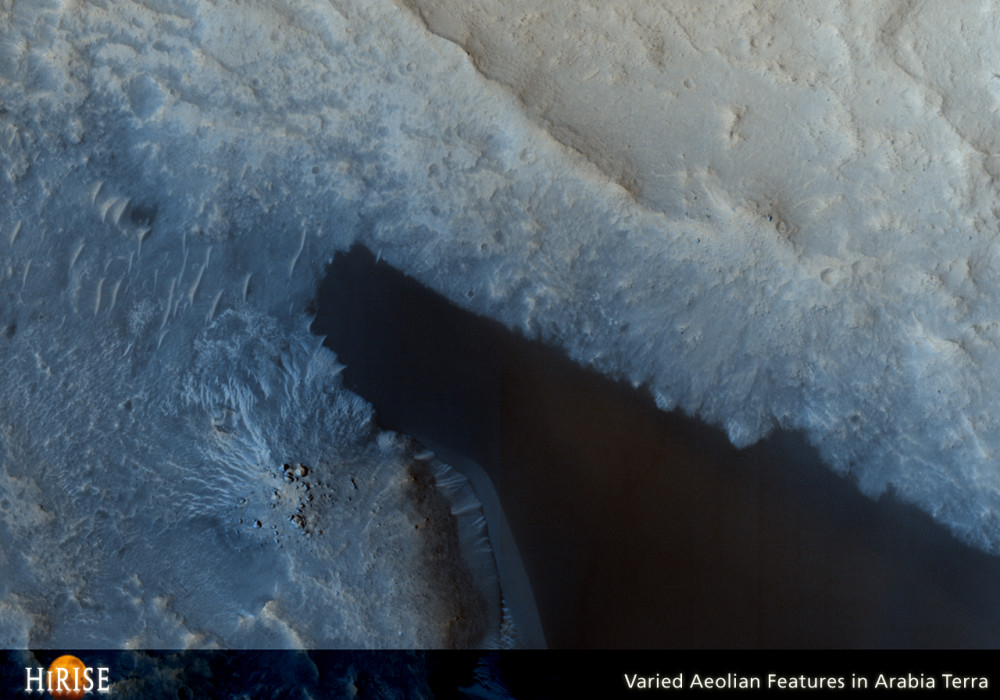