The ridge captured in this HiRISE image is called a wrinkle ridge. This wrinkle ridge is located in Hesperia Planum, a region of over two million square kilometers (over 770,000 square miles) in the southern highlands of Mars. It is located northwest of the Hellas basin and adjacent to Tyrrhena Patera and contains abundant orthogonal and intersecting wrinkle ridges.

Wrinkle ridges are long, winding topographic highs and are often characterized by a broad arch with superposed narrow asymmetric ridges. These features have also been identified on the Moon, Mercury, and Venus. Their origin is attributed to horizontal compression or shortening of the crust due to faulting and folding. They commonly have asymmetrical cross sectional profiles and an offset in elevation on either side of the ridge.

Superposing or located on top of the wrinkle ridge, is a very fresh impact crater . We can tell that this crater is fresh because of its relatively sharp or crisp rim and unmodified shape. If you look closely, you can see faint rays of relatively fine material, boulders, and smaller secondary craters radiating from the crater and superposing the wrinkle ridge and older surrounding craters. 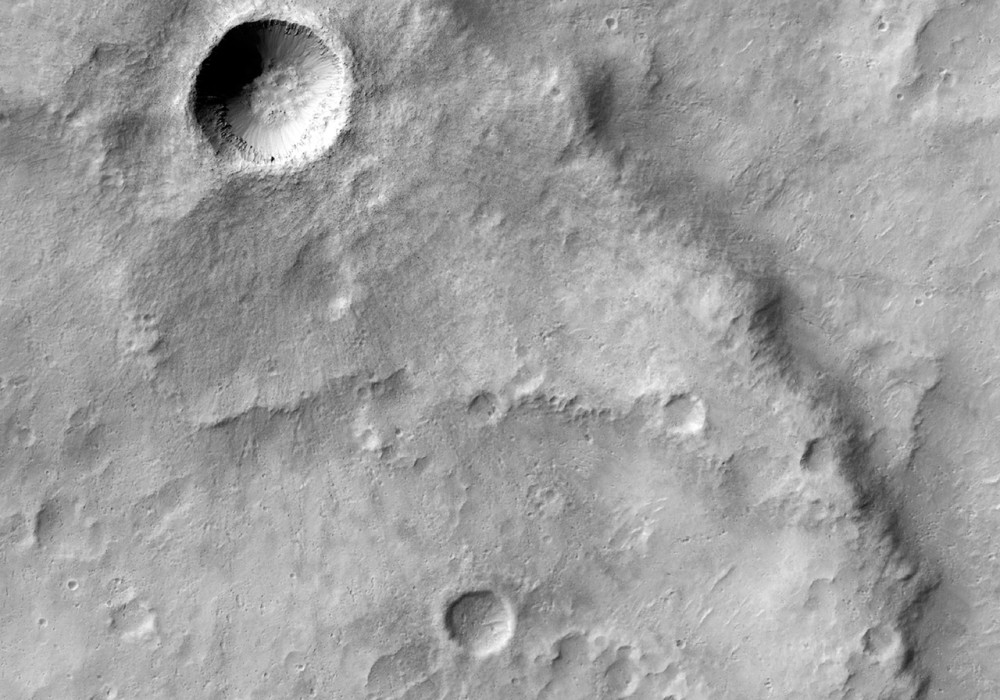