The crater was first seen in an image acquired with MRO’s Context Camera (CTX). The best image of this region prior to CTX was from one of the Viking Orbiters, and the crater isn’t apparent in that image. This could mean that the crater formed sometime between 1976 and 1999, or there may have been more dust on the surface in 1976 or the air may have been hazy, obscuring the crater.

Based on the HiRISE image, we suspect that the crater is more than several decades old, because at full resolution we see a textured surface that is common in dust-mantled regions of Mars, but absent in the youngest craters. 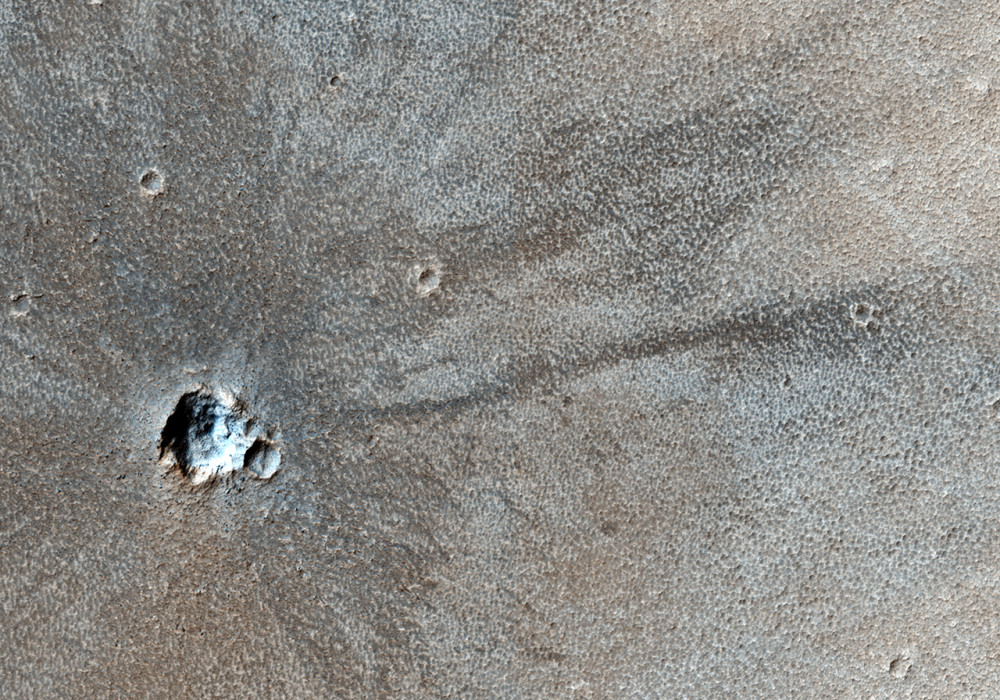