This subimage highlights a feature that resembles a terrestrial glacier, indicating that material has viscously flowed at this location. It appears that water ice has collected at the head of the valley (at bottom), allowing glacier-like flow toward the top of the subimage.

At the top right of the subimage, the flow appears to have slowed down and stopped, forming ridges perpendicular to the flow direction. Similar features are observed on terrestrial glaciers, but Martian examples are not as bright as many on Earth. The Martian glaciers appear to be covered by dust and other debris, hiding the ice below. Such debris-rich flows on Earth are called “rock glaciers” and may be good analogs for the flow seen here. 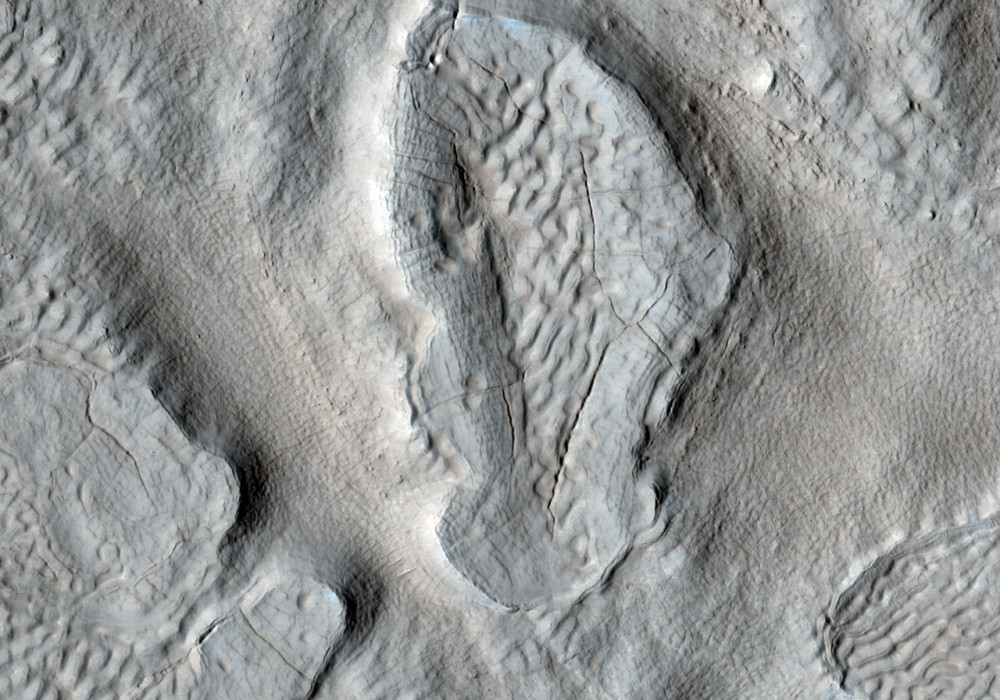