This observation shows lava-covered plains in the Elysium Planitia region of Mars, located near the equator.

Two distinct lavas are visible in this image. The darker lava to the north (top) is the edge of the youngest major lava flow on Mars; it was fed by a voluminous eruption that coursed through the Athabasca Valles channel system.

The lighter-toned lava that covers the remainder of this image is older and dustier. It has a striped appearance due to slender dunes or ripples composed of windblown materials that are oriented northwest-southeast.

The most prominent feature in this image is the discontinuous line of pits and troughs that cuts across its center. It is an ancient volcanic fissure vent. Lava once erupted through this fracture onto the surface. The irregular depressions around the troughs may either be due to near-vent erosion by the lava or to the ponding and drain-back of the lava around the vent. 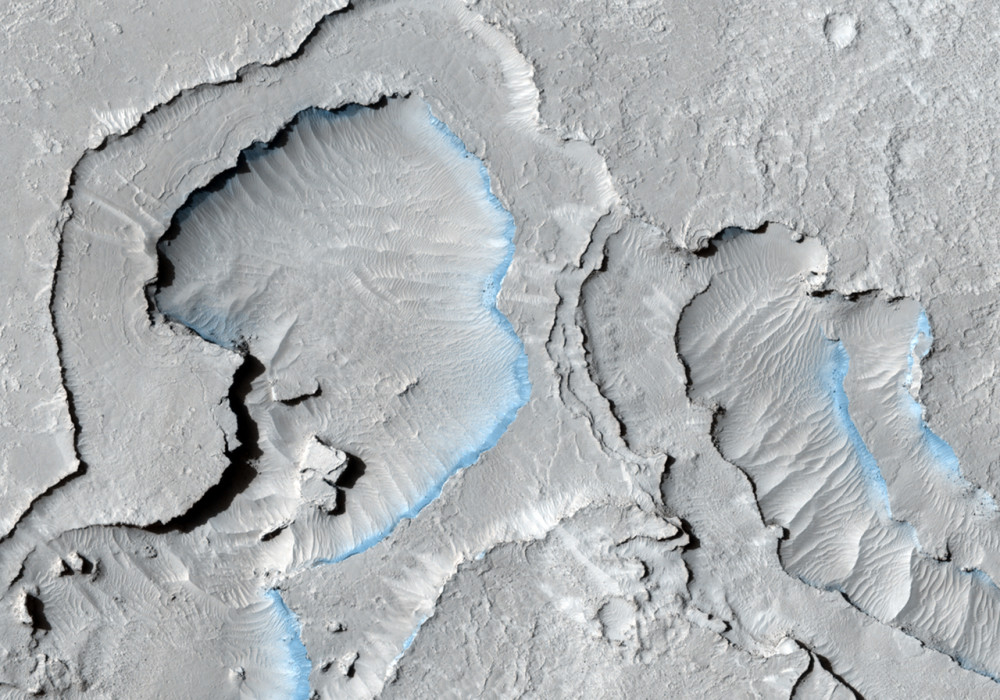