This image shows an equatorial volcanic vent. A volcanic vent is an opening in the crust of a planet that emits lava (molten rock) and volcanic gases. The rough texture of the plains surrounding the vent is indicative of lava.

There is a large number of snake-like features emanating from the vent. The parallel lines that outline the features are levees, which mark the edges of channels that carried molten lava. As lava flows, it moves slowest at its edges and bottom because the lava sticks to the non-flowing rocks, and as the lava slows, it cools off and hardens.

Levees form when the sides harden but the center of the flow keeps moving. As the eruption episode ends, and the lava drains, the center is left lower than the sides producing these high-standing structures. 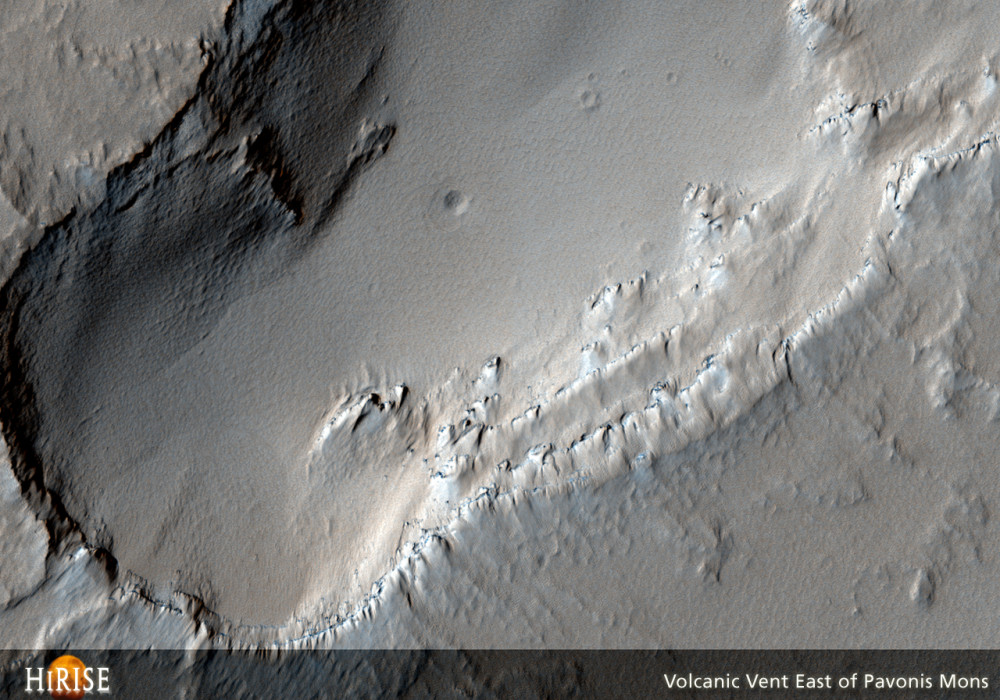