Volcanic Vent in the Tharsis Region

This HiRISE image shows a volcanic vent in the Tharsis region of Mars.

Tharsis is primarily a volcanic highland, containing several of the largest shield volcanoes in the Solar System and many smaller volcanic edifices.

However, tectonics has also played an important role in shaping the region. The Tharsis rise is riddled with faults and fractures. The area depicted in the subimage lies between three sets of fractures – the Cyane Fossae, the Ceraunius Fossae, and the Olympic Fossae – and on the flank of a low volcanic shield. The prominent trough in the HiRISE image is a volcanic vent.

Shallow depressions with scalloped edges span the western (left) half of the vent. These may be places where lakes of lava once stood. The lava that ponded in the lakes probably drained back into the vent towards the end of the eruption. On the eastern (right) side of the subimage, small channels that once transported lava feed away from the vent to both the north and south.

Originally, the vent must have been a deep and narrow fissure, but it has become more trough-like with time as material tumbled from its walls and settled on its floor. This “mass wasting” process has exposed lava flows in cross section in the walls of the trough. 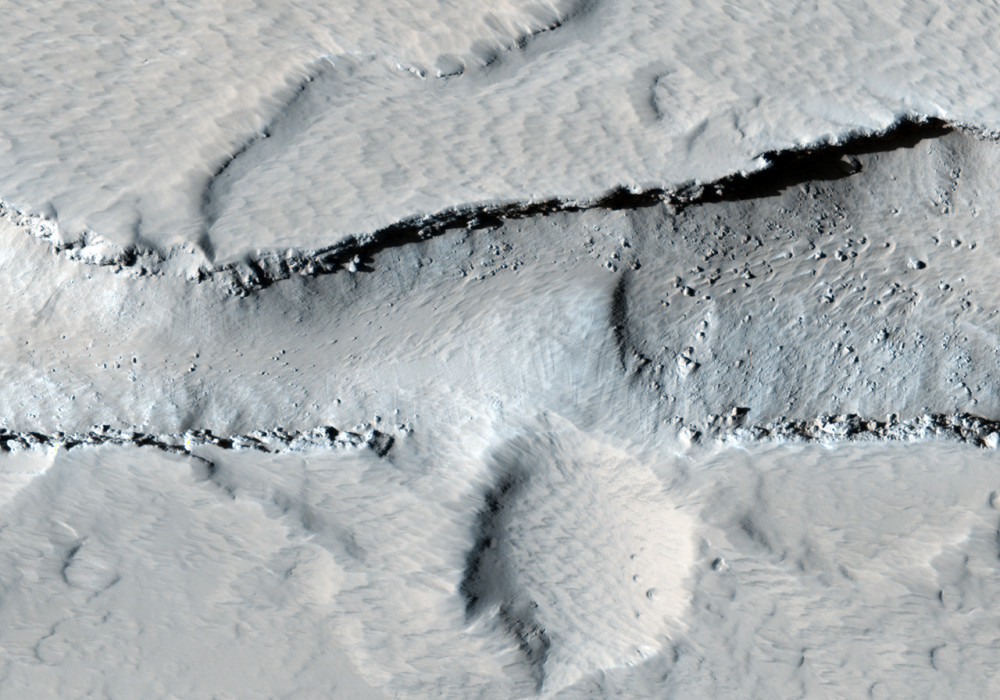