HiRISE has captured some stunning images of dust devils in action, but the overall sample remains fairly limited. Both Mars Orbiter Camera and HiRISE images in this general region have a fairly high rate of capturing dust devils (sometimes several in one image), so acquiring images here in the right season has a good chance to help us obtain better measurements of these features.

This image has been fairly successful, showing one well-defined, large dust devil in the north and two less well formed ones in the center . Dust devils are identified in images both by their cloudy form and the shadow their cloud casts on the surface, from which the height of the dust devil can be determined.

Dust devils on Mars form the same way they do in deserts on Earth: strong heating of the surface by the sun, rising of heated, less-dense air that swirls upwards in a column, some wind to move it along a path over the ground, and entrainment, or picking up, of surface particles such as dust.

Preliminary results have shown that the along-ground movement and the circulating winds of a dust devil can be estimated using the HiRISE color frames if the dust devils happen to be imaged in the HiRISE color swath (down the center of the image). 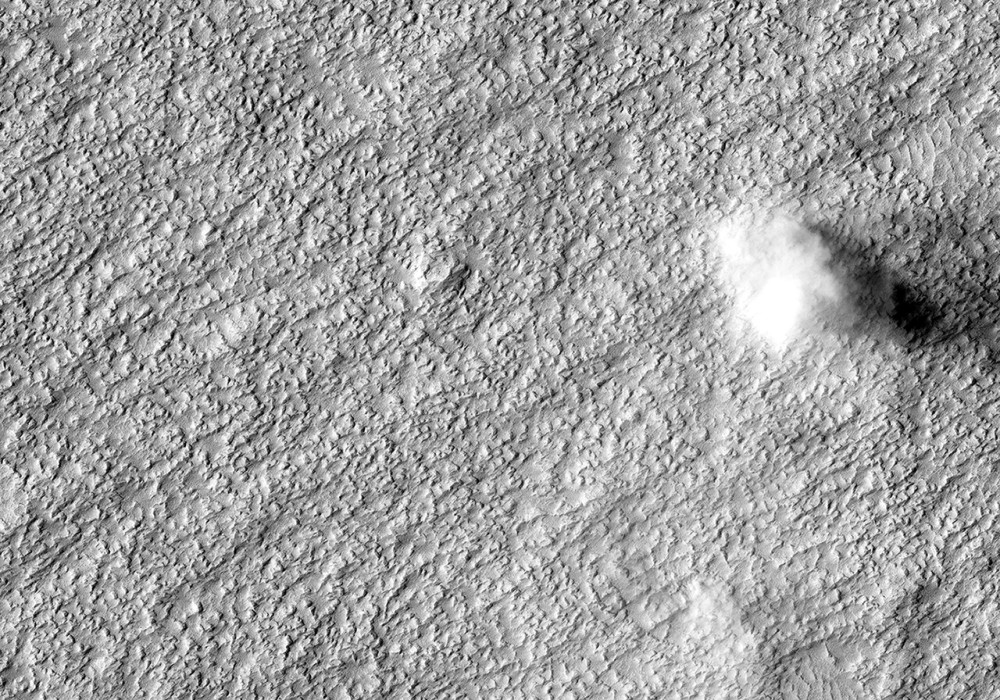