Wall of Crater in Capri Mensa

This image shows part of the wall of a large impact crater in Capri Mensa, a broad plateau on the floor of eastern Valles Marineris. The crater has excavated some of the sedimentary rocks and exposes layers in the walls.

Several rock units can be distinguished in the HiRISE enhanced-color data. The topmost unit is thin, smooth, and appears dark blue; it has been eroded away in places. Just below this is a blocky or rubbly layer, that appears brown and is occasionally interbedded with light-toned blocky rocks. The lower parts of the slope are mostly light-toned rock with a faceted or scalloped appearance.

In other outcrops observed by HiRISE, these characteristics are associated with dusty material, probably deposited by the wind. The lower slopes have been partially blanketed and armored by material falling from above, so only patches of the light rocks are exposed.

The crater floor also contains intriguing rocks, including what appears to be megabreccia–large, broken clasts (pieces of rock) surrounded by a matrix of finer material. Megabreccia forms in energetic events, like impacts or large landslides, and could have been excavated by the present crater. This indicates another part of the complex story told by the rocks here. 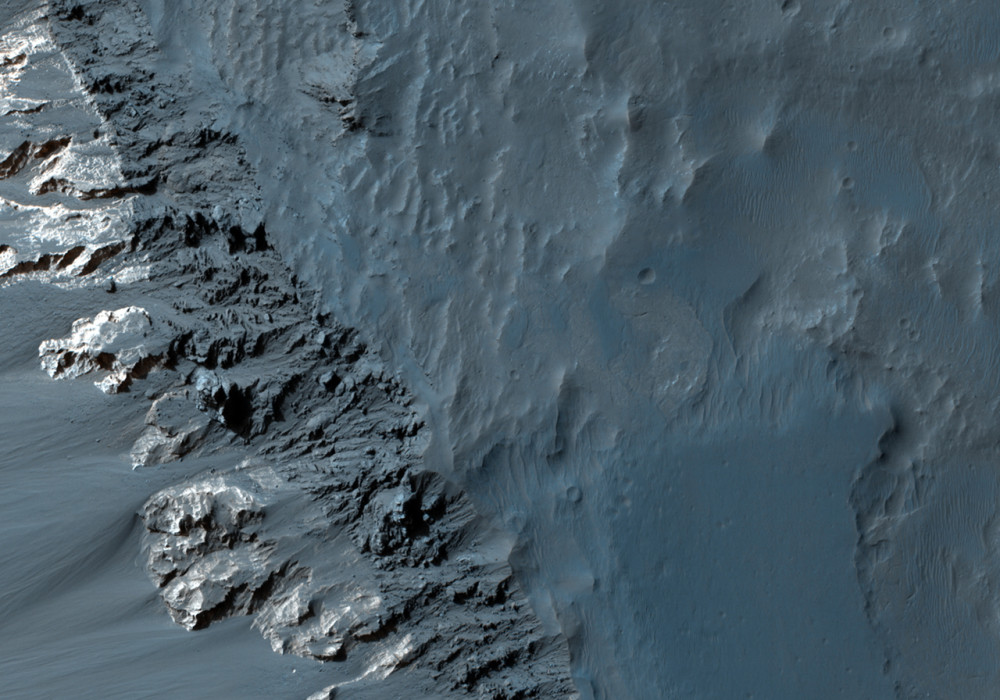