While the canyon walls that define Valles Marineris appear dark and blocky, the interior of the canyons can sometimes be filled with light-toned rocks that appear layered.

This observation shows the two geologic units in Candor Chasma, one of several canyons that make up Valles Marineris. At the center of the image is the wall rock that appears as a linear hill running east-west and composed of spurs and gullies.

Larger meter-size boulders can be resolved by HiRISE and indicate rock units consolidated from loose sediment that break down to produce these boulders which then roll downhill.

The light-toned layered deposits are visible in the lower portion of the image. They appear brighter than the wallrock and also have prominent layering, which is best seen near the bottom of the image where there is a steep exposure and dozens of layers are revealed.

Dark debris covers the layered deposits along this cliff face and forms debris aprons as material is shed downhill. The processes that emplaced the light-toned layered deposits are still being debated and include volcanism, aeolian (wind), and lacustrine (formed in a lake) origins. HiRISE images combined with multispectral data from CRISM (also on MRO) should help narrow down the possible origins. 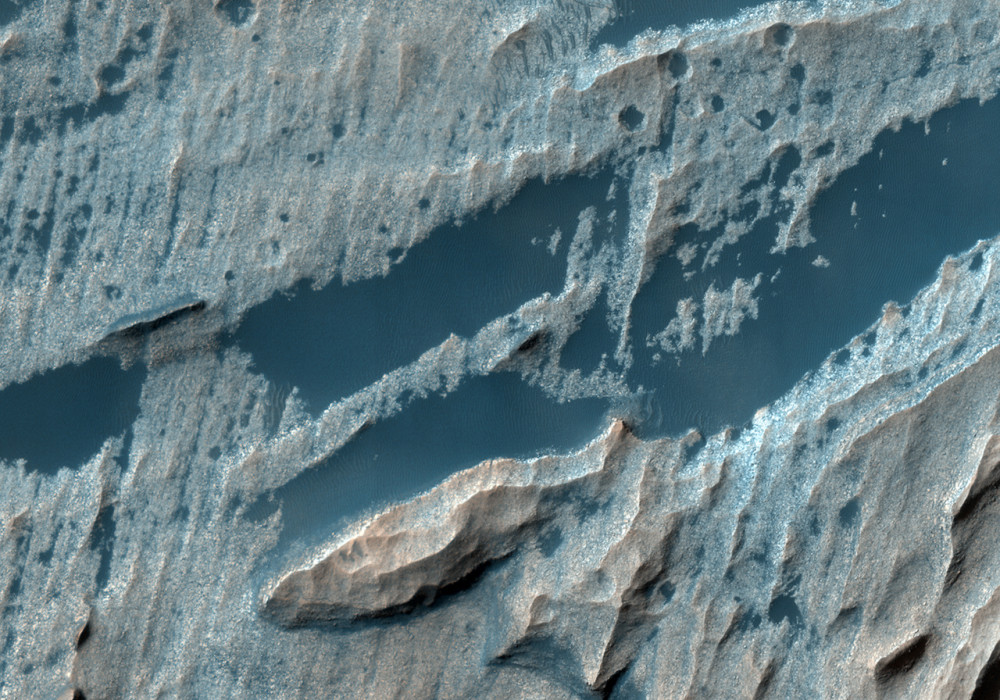