Ravines (or very large gullies) are actively forming on Mars during the coldest times of year, when carbon dioxide frost aids mass wasting.

However, some of these ravines also show activity in the warmest time of year , in the form of recurring slope lineae (RSL); dark, narrow flows in some alcoves that flow part way down the channels. Few topographic changes have been seen in association with RSL, and they appear to be seeps of water that seasonally extend down slopes, then fade when inactive, and recur each warm season. Could the RSL activity carve the ravines?

In some places the RSL extend to the ends of the fans and appear to match in scale, and perhaps gradually form the ravines. In other places, such as this image, the ravines are much larger than the RSL, so presently-observed RSL flow did not produce the larger landforms, but maybe the flow was greater in the past or maybe the RSL just follow the topography created by other processes.

The largest ravines are on pole-facing slopes in the middle latitudes, where RSL have never been seen to form, unless the ravine creates a small equator-facing slope. 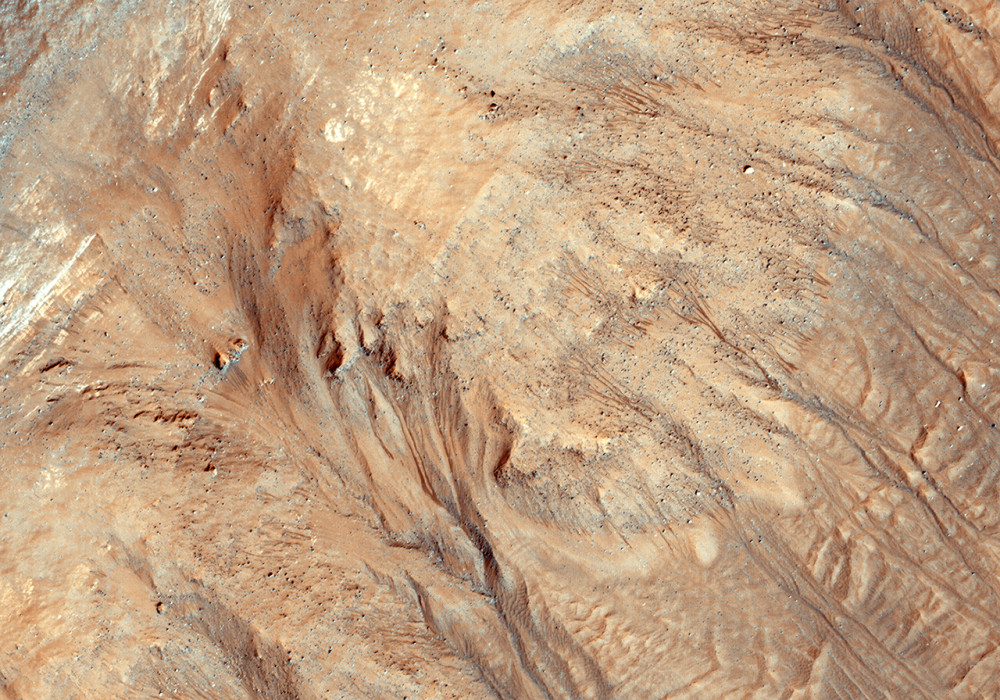