The original rationale behind this observation was to examine the slopes for changes since an earlier image in the same location. However, a feature that has NOT changed much since then still remains quite eye-catching. Multiple boulder tracks spill down the side of the crater .

When boulders roll down a dusty Martian slope, they can leave long, dotted tracks behind on the slope surface. Boulder tracks, like slope streaks, can be either brighter or darker than the surrounding terrain. The many boulder tracks in this image all seem to emanate from a small alcove near the rim of the crater . They spread out downslope and finally terminate near the crater floor. A high-contrast stretch of the area where the tracks stop shows lots of boulders , some still at the ends of the tracks.

HiRISE has seen boulder tracks fade over time in other locations . However, as compared to ESP_017975_1705 (taken in May 2010), the tracks in this image (taken in March 2013) don’t seem to have faded as dramatically as that earlier example, despite a larger lapse in time between images. This might be because the crater in this image is in a less-dusty area of Mars.

Note: the above image has been rotated 90 degree counterclockwise for display purposes. 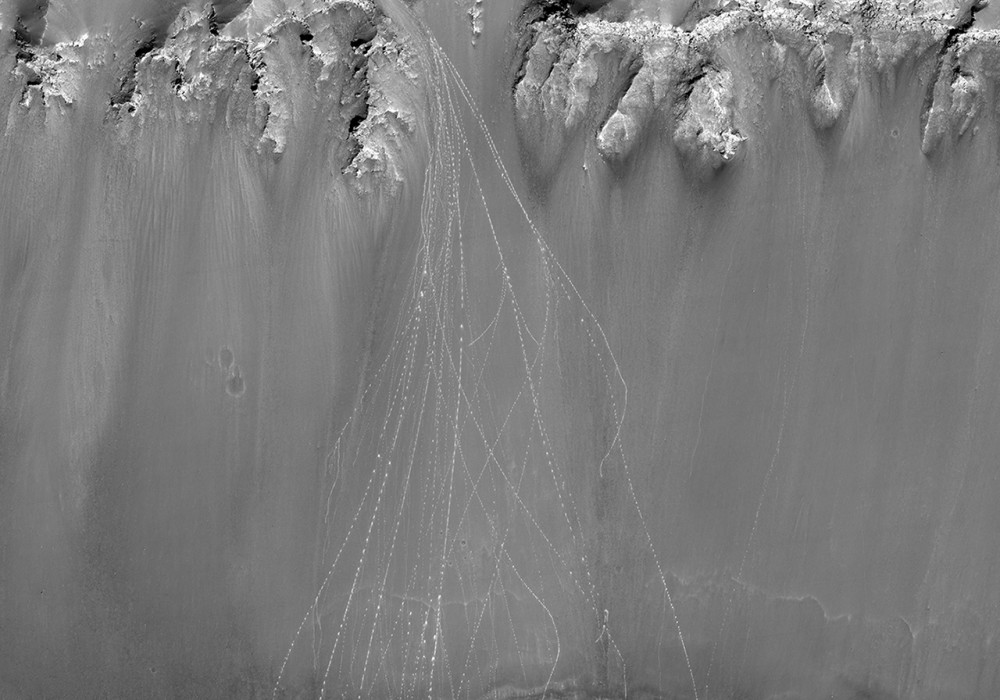