Noctis Labyrinthus consists of a series of pits on the western end of the large Valles Marineris canyon system.

The HiRISE camera and the CRISM spectrometer have revealed that the floors of some of these pits exhibit layered rocks, or strata, that contain minerals with water. These pits were formed several billion years ago, therefore the rocks and sediments on their floors record evidence of water during this period of Mars’ history.

The walls of the pits are commonly covered with dust and other loose sediments that form dunes and dune-like forms, and in many cases the floors of the pits are also covered with these materials. This image shows an example of light-toned layers exposed beneath these sediments and dunes, and CRISM data show that these layers have hydrated minerals. The blue tones in the false color image correspond to areas with more pyroxene, a mineral found in volcanic rocks and Martian dust. Some pits, such as this one, appear to have deposits associated with large landslides that are younger than the hydrated minerals and partially bury them. 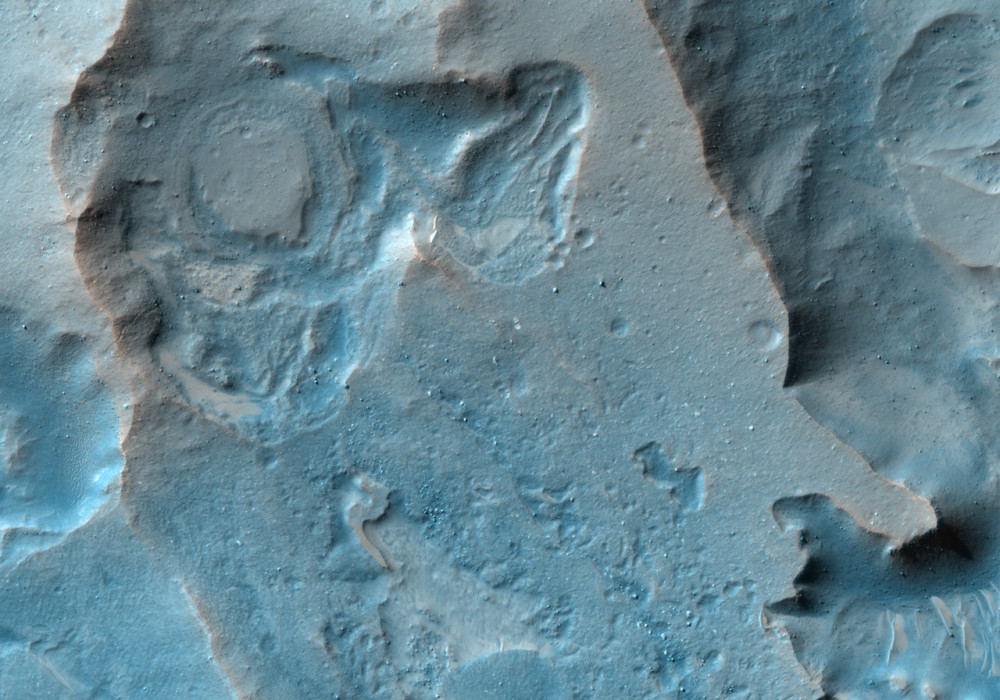